Some terms of the Trans-Pacific Partnership (TPP), the 12-nation trade proposal completed last week, are so repulsive that the New Zealand trade minister who helped negotiate the scheme described accepting them as swallowing dead rats.

Here’s what New Zealand Minister Tim Groser said: “On the hardest core issues, there are some ugly compromises out there. And when we say ugly, we mean ugly from each perspective – it doesn’t mean ‘I’ve got to swallow a dead rat and you’re swallowing foie gras.’ It means both of us are swallowing dead rats on three or four issues to get this deal across the line.”

There’s no reason for the United States to swallow a trade deal filled with rotten rodent terms. Previous so-called free trade deals have killed American factories and hundreds of thousands of family-supporting manufacturing jobs. Based on that terrible experience, American workers know for sure that if the scheme contains any foie gras, it’ll be served on silver platters to corporations while workers are force-fed rats. 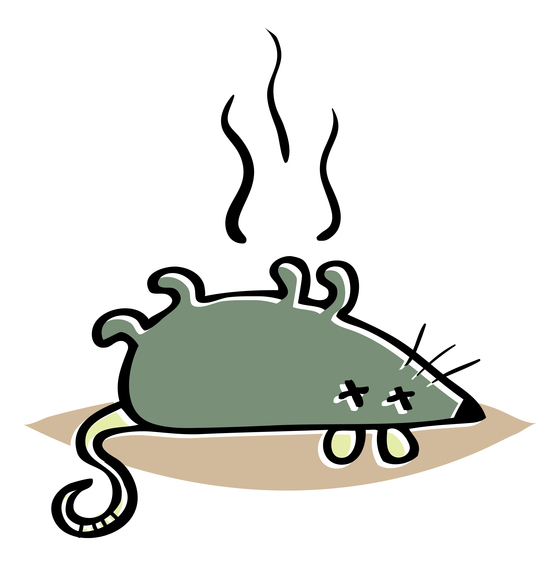 For workers, the TPP’s dead rats are supersized versions of the ones in the North American Free Trade Agreement (NAFTA), the Korean free trade agreement (KORUS) and the agreement to allow China into the World Trade Organization. NAFTA covered only the United States, Mexico and Canada. The TPP would encompass four times that many countries — the United States, Mexico, Canada and nine other nations, which together account for roughly 40 percent of global GDP and one-third of world trade.

Errors in such a deal would produce dangerously massive effects. And NAFTA, on which the TPP is based, is deeply flawed.

NAFTA provisions prompted corporations to move auto, auto parts, electronics, appliance and other factories from the United States to low-wage, low-environmental-protection Mexico. Twenty years later, an analysis by Public Citizen’s Global Trade Watch showed that NAFTA cost Americans at least 845,000 jobs. And the study’s authors said they believe that number is low by hundreds of thousands because it includes only workers who qualified for Trade Adjustment Assistance, the federal aid for workers who can prove globalization cost them their jobs.

The TPP would encourage a new round of offshoring to countries with even more deplorable pay and environmental protections. And it would drive down U.S. wages by pitting American workers against those in Vietnam making less than 65 cents an hour and against forced and child laborers in Malaysia and Brunei.

Every time one of these deals is signed, its cheerleaders contend enforcement of new and improved labor and environmental standards will prevent U.S. job losses and wage reductions. That’s what TPP backers are swearing now. But, based on experience, that’s nothing but a big fat rat.

Another rodent in the TPP stew is currency manipulation. Like China, TPP signatoriesJapan, Malaysia and Singapore exploit this tactic to lower the price of their exports. In August, China deliberately and sharply devalued its currency as its economy cooled and its stock market sank. That artificially lowered the price of the steel, tires, paper and other products that Chinese factories had overproduced for export. And it artificially increased the price of American products exported to China. That costs Americans their jobs.

Last year, the Economic Policy Institute estimated that as many as 5.8 million American jobs could be created if the U.S. took steps to stop currency manipulation by a group of 20 countries, including China.  Earlier this year, Congress specified that ending currency manipulation should be a negotiating objective for the TPP.

The negotiators responded by establishing in the TPP a set of principles for measuring currency manipulation. As if measuring it could stop it. Because currency manipulation can cut thousands of dollars from the cost of a foreign-made car sold in the United States, Ford Motor Company told Congress it should reject the TPP.

In addition to the currency rat, auto companies, auto workers and members of my union, the United Steelworkers, who manufacture auto parts, are having a hard time swallowing the TPP’s lowered domestic content rules.

To qualify for tariff-free treatment under free trade agreements, items manufactured from many parts, as cars and trucks are, must meet domestic content standards. That’s to prevent a country from importing all of the parts, or even partly manufactured chunks, from non-participating countries that violate the agreement’s rules and simply assembling them and labeling the products domestically produced.

Under NAFTA, the domestic content standard is 62.6 percent, though the way the rule is enforced just over half of a vehicle must be manufactured domestically. TPP would lower that number to 45 percent for vehicles and as low as 35 percent for parts. That big fat rat means more auto parts and larger portions of vehicles would be manufactured in non-participating, currency-manipulating, poverty-wage countries and, ultimately, fewer U.S. jobs and factories.

The TPP would richly reward gigantic multinational corporations that already have moved or plan to move U.S. factories to low-wage, low-standard TPP countries.  The deal is fabulous for these corporations because it eliminates tariffs on items made in participating countries and shipped to the United States, thus increasing profits. The subsistence-wage workers whose hands produce those products won’t see any of that extra money, and that’s the big fat rat they’d have to swallow while the multinationals and their shareholders guzzle foie gras.

The TPP provides corporations in participating countries with another monstrous serving of foie gras. That’s the ability to sue a country when a corporation contends its laws reduce expected future profits. Corporations won’t even have to sue in normal public courts with the juries and judges established by the people of that country. The TPP awards corporations their own special private courts. And if multinationals win there, taxpayers will be forced to pay unlimited sums to compensate corporations for their alleged loss of prospective profits caused by laws citizens pass to protect themselves.

In the final days of TPP negotiations, as New Zealand Trade Minister Tim Groser tried to obtain terms dealing with his country’s concerns, former Prime Minister Helen Clark said it would be unthinkable for New Zealand to withdraw “provided the deal was good.”

For American workers, the deal is not good. It’s a big fat dead rat. America should withdraw. Congress should reject the TPP.