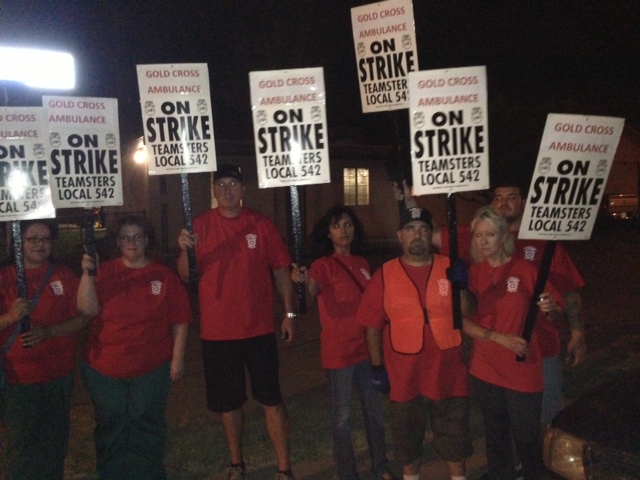 (SAN DIEGO) The following is the official statement from Phil Farias, President of Teamsters Local 542 in San Diego on the strike against Gold Cross Ambulance.

After six months of negotiations, the members of Teamsters Local Union 542 who work for Gold Cross Ambulance in Imperial County went out on strike today at 12:01 a.m.

It is the hope of Teamsters Local 542 that the company realizes the danger that their actions and position has put the residents of the Imperial County in and that they come back to the table with an offer for their employees that will end this strike as soon as possible.

There are 60 Local 542 members who are on strike against Gold Cross Ambulance where they work as ambulance drivers, paramedics and EMTs for the 911 service which covers Imperial County