During this very month last year, aluminum smelters across the United States were closing, one after another. It was as if they produced something useless, not a commodity crucial to everything from beverage cans to fighter jets.

In January of 2016, Alcoa closed its Wenatchee Works in Washington State, costing 428 workers their jobs, sending 428 families into panic, slashing tax revenue counted on by the town of Wenatchee and the school district and devastating local businesses that no longer saw customers from the region’s highest-paying manufacturer.

That same month, Alcoa announced it would permanently close its Warrick Operations in Evansville, Ind., then the largest smelter in the country, employing 600 workers, within three months. 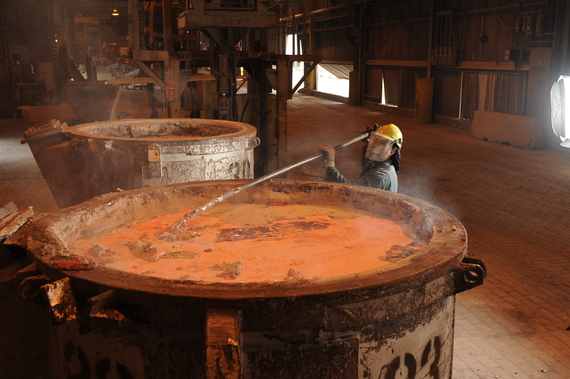 Worker at Alcoa’s Warrick smelter in Evansville, Ind., before it closed in 2016. Photo by Steven Dietz, Sharp Image Studios, Pittsburgh.

Then, Noranda Aluminum fell. It laid off more than half of the 850 workers at its New Madrid, Mo., smelter in January, filed for bankruptcy in February and closed in March. The smelter was a family-supporting employer in a low-income region, and when it stopped operating, the New Madrid County School District didn’t get tax payments it was expecting.

This devastation to workers, families, communities and corporations occurred even after Ormet had shuttered a smelter in Ohio in 2013, destroying 700 jobs and Century closed its Hawesville, Ky., smelter, killing 600 jobs, in August of 2015.

It all happened as demand for aluminum in the United States increased.

That doesn’t make sense until China’s role in this disaster is explained.

That role is the reason the Obama administration filed a complaint against China with the World Trade Organization (WTO) last week. In this case, the president must ignore the old adage about speaking softly. To preserve a vital American manufacturing capability against predatory conduct by a foreign power, the administration must speak loudly and carry a big aluminum bat.

The bottom line is this: American corporations and American workers can compete with any counterpart in the world and win. But when the contest is with a country itself, defeat is virtually assured.

In the case of aluminum, U.S. companies and workers are up against the entire country of China. That is because China is providing its aluminum industry with cheap loans from state-controlled banks and artificially low prices for critical manufacturing components and materials such as electricity, coal and alumina.

By doing that, China is subsidizing its aluminum industry. And that is fine if China wants to use its revenues to support its aluminum manufacturing or sustain employment – as long as all of the aluminum is sold within China. When state-subsidized products are sold overseas, they distort free market pricing. And that’s why they’re banned.

China agreed not to subsidize exports in order to get access to the WTO. But it has routinely and unabashedly flouted the rules on products ranging from tires to paper to steel to aluminum that it dumps on the American market, resulting in closed U.S. factories, killed U.S. jobs and bleak U.S. communities. 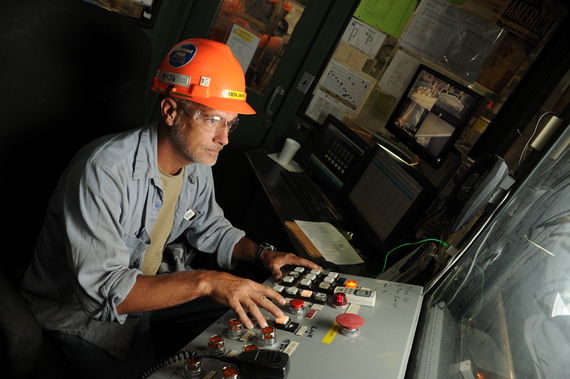 In 2000, China produced about 11 percent of the aluminum on the global market. That figure is now 50 percent. A big part of the reason is that China quadrupled its capacity to produce aluminum from 2007 to 2015, and increased its production by 154 percent.

When China threw all of that extra, cheap, state-subsidized aluminum on the global market, it depressed prices. In that eight-year period, the price sank approximately 46 percent.

What capacity decrease means is closed plants. The number of smelters dropped from 14 in 2011 to five last year, with only one operating at full volume.

Many of these manufacturing workers, thrown out of their jobs by what is clearly unfair trade, saw President-elect Donald Trump as a champion. Donald Trump said he would hold China to account on trade. He promised he would impose massive tariffs on goods imported from China. He said he would confront Beijing on currency manipulation, a practice that makes Chinese goods artificially cheap.

Many of those manufacturing workers voted for Donald Trump. Monroe County, Ohio, is a good example. That was the home of the Ormet smelter. The workers, who belonged to my union, the United Steelworkers, and the company asked Ohio Gov. John Kasich in 2012 and 2013 to intervene with the utility to get lower rates to help Ormet survive.

Monroe County voters didn’t forget. Theirs was among the counties in Ohio that went for Donald Trump in the Republican primary. Though Trump didn’t win the Ohio primary, he got 35.9 percent in the crowded GOP field, and he took virtually all of the places in Ohio that, like Monroe, would say Kasich and other politicians turned their backs on them.

President-elect Trump carried 29 of Ohio’s Appalachian counties in the primary, those described as “geographically isolated and economically depressed.” These are counties that, like Monroe, lost family-supporting jobs in steel, manufacturing or mining. For the workers who haven’t left, the jobs that remain, in retail and fast food, don’t pay much, don’t provide benefits and aren’t secure.

When Donald Trump came to town talking tough about China, that sounded a hell of a lot better to those workers than their governor telling them he wouldn’t help with electrical rates – especially after they watched the governor in New York work a deal to save an Alcoa smelter and 600 jobs for 3 years in Massena.

And, of course, Donald Trump won Ohio in the General Election.

Workers across America, from Sebree, Ky., and Mt. Holly, S.C., where Century smelters are threatened to Wenatchee, Wash., where Alcoa has held out the possibility that the smelter could be restarted, were galvanized to support Donald Trump by his promises to confront China on its predatory trade practices.  If he fulfills those pledges, he will have the back of the blue-collar workers who had his. 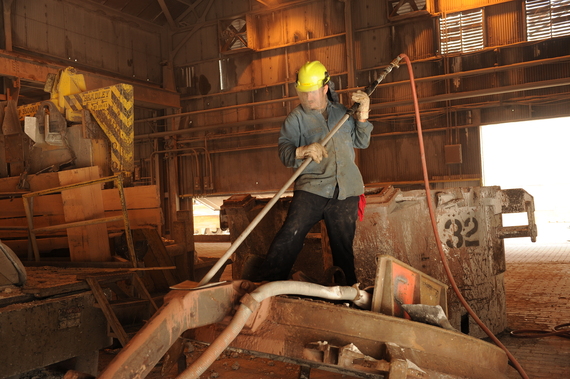