The AFL-CIO has found, however, that only a small faction, fewer than a third, of its members are Trump supporters. That’s true in my union, the United Steelworkers (USW), as well. And the numbers are declining daily as members find out the truth about The Donald, including how he managed to lose a whopping $916 million in one year and his failure to pay federal income taxes.

Particularly important to my members is the issue of trade because we are a manufacturing union, with members making not just steel, but tires, glass, paper, cardboard, aluminum, auto parts and many other products. When Trump promises to arbitrarily slap 25 percent and 35 percent tariffs on unfairly traded commodities from China and Mexico, that sounds great.

That is, until the voter discovers a U.S. president can’t unilaterally impose tariffs. Also, until the voter discovers Trump manufactures virtually all his signature products, from suits to shirts, sweaters, belts, ties, tie pins, tie clips, and dozens of others, overseas. Not by American workers in America. Trump could have created American jobs. But he chose not to.

Here is what some members of my union had to say about the difference between The Don and Hillary Clinton: 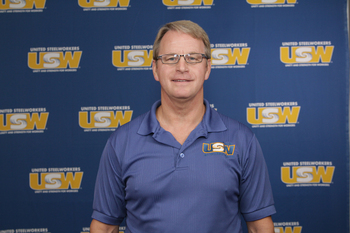 “It is a power game. He has got all the money. He knows he can do all these terrible things. He knows he may have to pay, but not until he is forced to by court. And people have to wait years to get some portion of the money owed. That is just terrible and disrespecting every American. That kind of person should not be president. It is inconceivable to put that person in charge of this country.

“In our churches, we would pray for this person because they are totally lost. It is hard to understand how a Christian would say OK to this kind of behavior.”

Marlon S. Williamson, 45, of Warren, Ohio, works at ATEP Alcoa. He has been a Steelworker for 20 years. 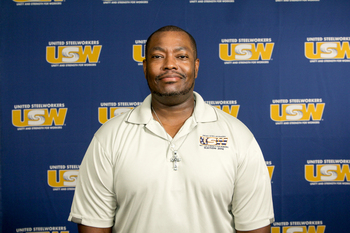 I got a job at what was once Republic Steel in Warren, Ohio, when I was 23 years old. It was a great union job. But, beginning in 2008, I was laid off for 17 months because of dumped [foreign] steel. Those were hard times. I returned to work, but then, just a few years later, in 2012, management informed us the mill would be scrapped. I was stunned. I was shocked. It was because of a mix of bad management and dumped steel.

“I can’t even drive down that street now. I had worked there 17 years. At the time you are searching for answers. Imports contributed to that, with all that illegal dumping of steel.

“A lot of prayers got me the job at the titanium plant. I was very fortunate. I was off for four months. Some of the guys I used to work with are still out of work.

“I support Hillary Clinton because she supports the working man and woman. She says exactly how she is going to do that. If we get her in office, maybe someone will pass that Bring Jobs Home Act, that denies tax credits for sending jobs overseas and gives credits for bringing jobs back here.

“Also, I have a daughter. My youngest child is a daughter. I do not want her to see Donald Trump as our country’s leadership. He mocks a guy with a handicap. He degrades women. He picks on immigrants. That is totally the opposite of what her mother and I have taught her.”

Kristia O’Brien, 45, is a veteran who lives in Gadsden, Ala. She has been a member of USW Local 12 for 22 years. She is a tire builder at Goodyear in Gadsden. 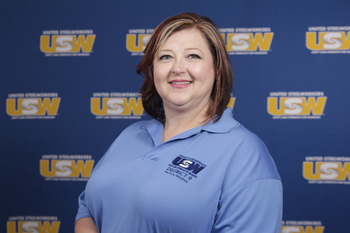 My mother lost her garment factory job that she had for 20 years as a result of NAFTA, and I almost lost my job because of trade. So Hillary Clinton’s opposition to the Trans-Pacific Partnership, and her statement that she would not support any more free trade deals that don’t work for working people is really important to me.

“My mom worked for H.D. Lee, the jeans company, in Guntersville, Ala. She sewed the inseams. She has rheumatoid arthritis now, but she made a good living because it was a union job. But she lost that job when the plant went to Mexico. And another garment factory about 15 miles away went to Mexico too a few years after NAFTA was passed.

“Later, my plant was threatened by a flood of imported Chinese tires. President Obama imposed three years of tariffs on those unfairly traded tries to prevent American factories from closing and American jobs from being lost. I have a job today because of that. I do trust Hillary to do the same kind of thing. She has stood for working families and unions her entire life. Her father came out of manufacturing and she understands the importance of manufacturing in America.”

James Morgan, 30, of Belleville, Mich., works for Chemetall Group. He has been a member of USW Local 2659 for five years. 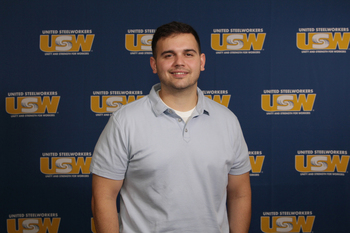 I am working to elect Hillary Clinton for my unborn child, to make sure when he or she comes into the world, it is a better place, not a Donald Trump place. I want this to be a country that is accepting, a country that provides plenty of opportunity. Hopefully when he or she comes into this world, we have free college tuition and things like that.

“I want this to be the land of the free where we accept everyone whether you are black, Asian, Mexican or Muslim. We have all contributed. And that is what made America what it is.  We can’t shun people.  It is not just an American value. Acceptance absolutely is a union value. If you have been to a union event, you see people from all walks of life, and they are people who accept people from all walks of life. 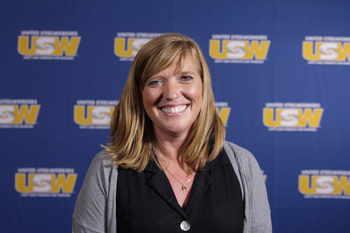 My father and grandfather worked on a railroad, the Duluth, Mesabi & Iron Range line. It hauled taconite pellets from the Mesabi Range to Lake Superior where they were shipped to steel mills. There was a railroad roundhouse in my hometown of Proctor, and in the harbor in the winter, typically dozen ships would arrive in winter to be overhauled.

“It’s all gone now. The railroad is shut down. Half the ships arrive to be overhauled these days. The town’s grocery store, pizza shop and ice cream parlor are all closed. And it’s because illegally traded steel flooded the U.S. market, shuttering American mills. And that eliminated the demand for taconite.

“Bad trade deals created pockets of nothing in our small towns. Hillary Clinton says she will put a stop to that. I believe she can. Donald Trump is all talk and no experience. I don’t believe he can do anything.

“I am working to elect Hillary Clinton because I do not want my kids to be raised in a place where it is okay to make fun of someone because of their disability or the color of their skin or their religion.

“I like that Hillary worked for the Children’s Defense Fund. I like that she took a job that did not pay well to do public service. I think that says a lot about a person. I know someone who graduated with Hillary, and she says Hillary is the nicest and most sincere person. Hillary still goes to college reunions with her. That says a lot about her.”

Jerry August, 30, of San Bernardino, Calif., has been a member of USW Local 5632 for three years at GATX, where he rebuilds railcar valves to ensure they don’t leak and cause an explosion. 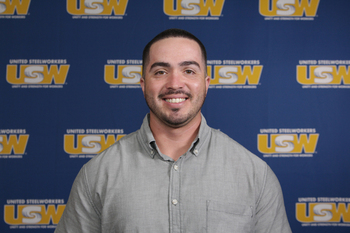 My family is Hispanic. My grandparents came from Mexico. The way Donald Trump talks about undocumented immigrants is morally incorrect. It is not right. People should be given a chance to do what they can for themselves, to do better for themselves and their children and their future.

“To throw 11 million undocumented immigrants out of this country – why throw them out?  Why not get them documented and let them work? It is not morally right. They are not taking jobs. They are doing jobs no one else wants to do. The majority of people will not do the jobs they are doing. The jobs are there for everybody. These are hard labor jobs for pennies an hour.

“Trump harassed a judge of Mexican heritage whose father was a Steelworker. It is just ignorance. It is insulting. Ignorant people are just going to do ignorant things.”

“Coming from a Hispanic family, I still have family members who do not speak good English and who struggle to make good money, and I know Hillary Clinton will try to help us get to an even playing field. I feel that it is admirable that she has always tried to help the less fortunate.” 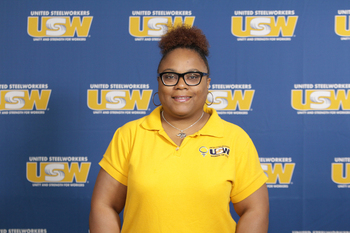 I don’t see a future if Trump is elected. With Hillary, there is a track record. We know she can produce.

“The change would be devastating if Trump were to win. He is so angry and his followers are so angry. He would turn back the hands of time. I am not sure the country is ready for that.”

“I have two children. My 10-year-old daughter asked me, ‘If Trump is going to send Mexican people back to Mexico, where is he going to send black people?’ Donald Trump is scaring children!

“Hillary has credibility for working with labor unions and looking out for young people. I love her ideas for investing in infrastructure. Because she will require American-made products, that will support American manufacturing and create American jobs. That shows she is looking out for the future.” 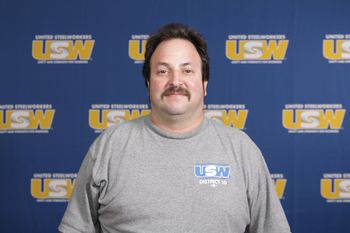 Donald Trump says people earn too much. Does he include himself in that or just me?

“Donald Trump does not speak for me. He does not treat people fairly and equitably. I accept diversity and Trump rejects that.

“Donald Trump’s promises are false and not fulfillable.  He is an illusionist.

“Hillary Clinton will make sure people have a decent chance to get ahead. She opposes right to work and has a loyalty to labor. She doesn’t turn her back on people.”