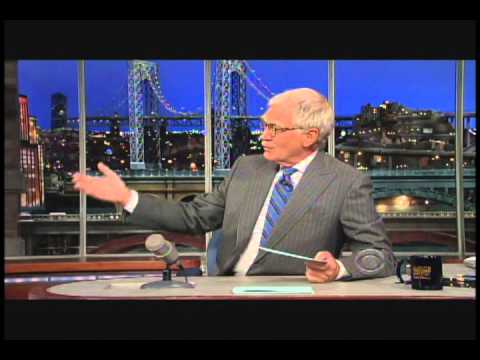 Donald Trump threw a temper tantrum when labeled a small-hands man because he believes everything about him is huge: big wealth, big wall, big mouth.

There’s some evidence he thinks expansively about business because he built a billion-dollar empire out of what he called a “small” $1 million loan from his father, an inheritance of at least $40 million and repeated help from bankruptcy courts.

But to suggest he’s a big thinker would be an epic stretch. At an event last week, for example, he called the Trans-Pacific Partnership (TPP) the “PPP,” then referred to it as the “PP.” Finally, later, he got the name right. So much for his deep knowledge of the job-killing trade proposal that manufacturing workers are so fiercely fighting.

Donald Trump is, in fact, small minded. He recently pointed out a black audience member, a man who does not, in fact, support Trump, and called him “my African-American,” as if Trump owned him. Trump launched his campaign by calling undocumented immigrants from Mexico criminals and rapists. Trump ridiculed a physically disabled reporter. He mocked the face of a female primary opponent. He’s a small-tent guy. Only rich white male Christians like him fit in. That, frankly, is un-American. And certainly unbefitting a person who is supposed to represent the best interests of all Americans.

The enormity of Donald’s small-mindedness arose again when he trumped up the allegation that no judge could fairly resolve the allegations against him in the Trump University fraud lawsuit unless the jurist was a Trump twin.

First, Trump accused the sitting jurist, Gonzalo P. Curiel, a federal judge from the U.S. District Court in San Diego, of being biased against him because, according to Trump, Curiel is “Mexican.”

It’s “common sense” Trump asserted that a “Mexican” judge would be prejudiced against him because Trump has proclaimed that he’s going to build a wall between the United States and Mexico.

Then, Trump doubled down, asserting that a Muslim judge also could be biased against him. That is because Trump called for banning all Muslims from entering the United States, a call he reiterated Sunday after the slaughter at an LGBT nightclub in Orlando.

Finally, one of Trump’s spokespeople, Katrina Pierson, suggested that a female judge also might treat him unfairly, after his long, public history of sexist behavior and comments about women, including calling them fat pigs, dogs, slobs, disgusting animals and losers, often on Twitter.

This really narrows it down for Donald. To him, the Trump University case judge must be a rich white Christian man born in New York and bred in exclusive private schools. Like Donald.

Judge Curiel doesn’t fit that bill. He is one four children of Mexican immigrants. He attended a Catholic high school and public colleges.

Not born to wealth and glamour like Donald, Judge Curiel was the son of a blue-collar worker, Salvador Curiel, a Steelworker, a member of my union, the United Steelworkers, USW Local 1011. Salvador worked at U.S. Steel and later a unit of Youngstown Sheet & Tube in East Chicago, Ind. One day in December of 1964, Salvador left work at the mill, went home and died of a heart attack. His youngest son, the future judge, was just 11.

Gonzalo P. Curiel was born in Indiana, where his father worked. Not Mexico. Under the terms of the U.S. Constitution, that makes him an American. Just as American as Donald Trump, whose mother was an immigrant. Apparently, Donald Trump’s mind is too small to grasp that.

Frankly, it would be better to have a Presidential candidate wise enough to know why litigants can’t choose their jurists.

In addition, it would be great to have a Presidential candidate sage enough to know when to shut up because, frankly, he got a great deal. Donald attacked Judge Curiel because he was mad that the jurist, at the request of the Washington Post, released some documents in the fraud case.

That meant a little bit of information got out. It would have been a few days of bad press except Trump’s malicious assaults on the judge supersized the news value. What would have been far worse for Trump is the actual trial, possibly weeks of embarrassing daily coverage of former Trump University students testifying to a calculated swindle by the GOP Presidential nominee.

The plaintiffs asked Judge Curiel to schedule the trial for July or August. The judge could have set it to begin July 18, directly conflicting with the GOP Convention. He could have waited until late August when the Republican campaign would be gearing up for the fall.

Instead, Judge Curiel scheduled it for Nov. 28, long after the election will conclude. He spared Trump the awkwardness and humiliation of a trial during his campaign. And Trump thanked Judge Curiel by impugning his ability to be fair based on his heritage.

America is a big country and needs a big president.

Donald Trump is too small to be that man.