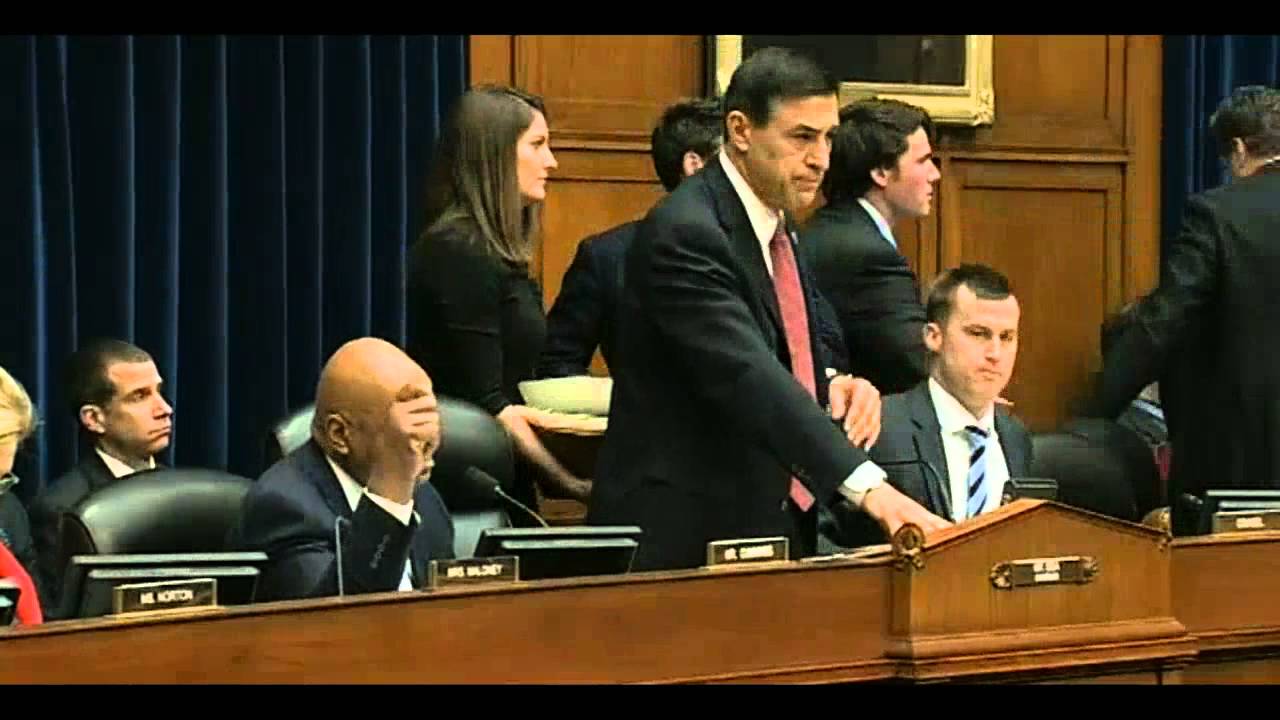 “Shut up!” That’s what Republican darling Darrell Issa told a Democrat who tried to speak at a public hearing last week. Issa didn’t deign to actually talk to a Democrat; instead he cut the microphones so the Democrat couldn’t be heard.

The most important difference between President Obama’s budget and the one Republicans will issue in a week or so is that the GOP’s prescriptions are both unpleasant and unpopular.

Wisconsin Republican Paul Ryan, chairman of the House Budget Committee, has already proposed privatizing Social Security, slashing Medicaid and voucherizing Medicare. This year, he’s on a rant about the poor. He thinks programs like Food Stamps that put food in the stomachs of poor children are bad for them. Ryan recommended decimating Food Stamps before, so this time the Republican budget may simply eliminate food for the poor altogether.

By contrast, what President Obama proposes in his 2015 budget is both popular and productive. He doesn’t cut Social Security, Medicare or Medicaid, for example. And his budget doesn’t advocate the highly unpopular starvation of American children. That’s why Republicans had to try to shut up talk about the President’s budget. The more Americans heard about it, the more they’d like it.

President Obama’s $3.9 trillion spending plan would stimulate the economy andimprove the nation’s roads, bridges, sewers and other public works. It would raise the minimum wage, create jobs and improve education and job training. It wouldexpand the earned income tax credit for the working poor.

Americans love those initiatives. So, of course, Republicans had to muffle talk about them.

President Obama would cover the cost of his programs with $1 trillion in new taxes that would be paid almost entirely by big business and the wealthy. That includeshigher estate taxes, limits on corporate tax breaks and the Buffett Rule, named for Berkshire Hathaway CEO Warren Buffett after he said no millionaire should pay a lower tax rate than his middle class secretary.

The President’s plan also would end the “carried interest” scheme that enables billionaire hedge-fund managers to pay taxes on a lower percentage of their income than school teachers and would close the loophole that permits self-employed professionals to avoid payroll taxes on the bulk of their earnings.

All that sounds good to America’s 99 percent who have watched with consternation over the past two decades as income disparity rose. They witnessed with annoyance the 1 percent grabbing virtually all of the wealth resulting from productivity gains while throwing bread crumbs to workers whose labor created those gains. And that’s why Republicans attempted to smother talk about the President’s budget.

The President’s budget would decrease the deficit. That’s right: Cut it. The new taxes on the rich and the closed corporate tax loopholes would accomplish that. Over a decade, the budget plan would reduce the deficit to 1.6 percent of the economy, the smallest figure since 2007, before the Great Recession upended government finances.

A smaller deficit. Americans love that, especially after hearing Republicans yammer for years about the Armageddon of budget deficits. Republicans really had to shut up talk that President’s plan would avert Armageddon.

In addition to denting the deficit, President Obama included in his budget several other proposals for which Republicans have expressed support. Among them are expanding the earned income tax credit, taxing the accumulated overseas profits of multinational corporations, and beefing up security at U.S. diplomatic facilities overseas, to address concerns raised by the terrorist attack in Benghazi, Libya.

Even though Ryan himself supported the earned income tax credit expansion and Rep. Dave Camp, R-Mich., included taxing overseas profits in the tax overhaul plan he released last month, neither Republican spoke for the President’s plan. No. They shut up.

President Obama’s budget is based on the basic notion that America should provide opportunity for all. The country can and should offer a framework that enables every citizen to achieve for himself and contribute to his community.

The Republican budget is the opposite. The GOP notion is that America should function like the boys in the novel, “Lord of the Flies,” free of structure, rules, oversight and protection for the weak.

Ryan and his Republican band would slash and burn aid for the weak. A report Ryan issued last week contends, using the work of experts who say they were misrepresented or misquoted, that government programs for the poor don’t work and should be cut or scrapped. In his last spending plan, Ryan gouged $5 trillion from areas other than defense, two-thirds of that from programs to support the poor.

The result of the Republican budget would be opportunity only for those who already have money. So, of course, the GOP had to try to kill a budget conceived under the proposition of opportunity for everyone.