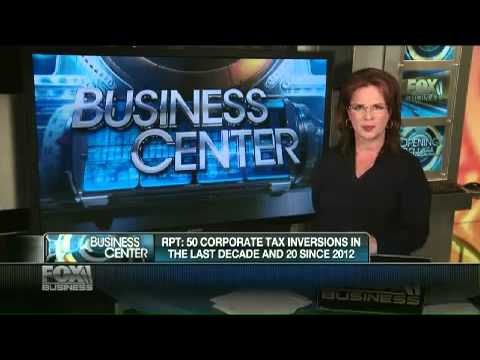 Early last week, the drug firm Mylan stomped on the Stars and Stripes as it ditched America for the Netherlands. Then, on Friday, the drug company AbbVie similarly renounced America. For 30 pieces of silver, it will become Irish.

Medical device maker Medtronic deserted America for Ireland last month. The pharmacy chain Walgreens recently announced it may be next. It plans to dump the land of the free for the bows and scrapes of royal subjects.

Walgreens is willing to prostrate itself before Queen Elizabeth because the British corporate tax rate is lower. Anything for money, right AbbVie? These firms will still park their assets and staff and sales in America. They just won’t pay taxes on foreign income to the country that nurtured them, protected them from patent violators and unfair competitors, and provided them with educated workers, federally-sponsored research and development, and myriad other public services. Now, they can freeload instead. As a result, their U.S. competitors, as well as hardworking Americans, will pay more to cover the shirkers’ share. 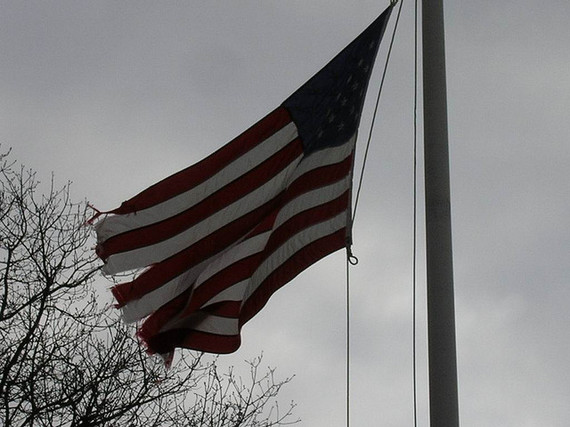 This foreign address squatting is formally called inversion. A large American corporation seeking to evade its tax responsibilities hooks up with company in a low tax country. It makes sure the foreign firm ends up with at least 20 percent of the combined company’s stock, so the American corporation can legally change its address. It’s called inversion because the big buyer takes the smaller subsumed entity’s address instead of the other way around. Dozens of corporations have done it in the past couple of years.

At least one former chief executive officer condemned the practice. That would be Bill George, who wrote in the New York Times about an inversion proposed by Pfizer:

But a month later when George’s alma mater Medtronic launched the same tax dodge maneuver, well, then it was a completely different story. For Medtronic,George said, tax evasion was hunky-dory:

“The only reason they’re doing the inversion is to free up the cash overseas. . . That money today can’t be put to good use right now.” That, of course, isn’t true. It could be put to good use immediately if Medtronic paid the federal income tax the company owes on it.

Medtronic has about $14 billion squirrelled away offshore. It would have to pay between $3.5 and $4.2 billion in federal taxes to bring the money back for use at its headquarters in Minnesota. That’s the difference between the official U.S. tax rate of 35 percent and the 5 to 10 percent rate Medtronic already has paid to other countries where the money was made. Instead of paying its American taxes, Medtronic will spend $43 billion to buy an Irish firm.

When George was Medtronic CEO, he worked to lower the firm’s tax rate. And he succeeded masterfully. Like the vast majority of U.S. companies, Medtronic doesn’t pay anywhere near the official 35 percent. It pays 18 percent. That’s still too much, according to George, who told the New York Times: “The taxes are simply too high in this country.”

Too high for AbbVie as well. It paid 22.6 percent last year and projects that renouncing America will lower its rate to 13 percent by 2016.

George called for another corporate tax holiday during which multi-nationals could repatriate their foreign earnings without paying all of the taxes owed. Great for them, of course, but not for the federal budget deficit. And, frankly, unfair to working Americans never granted tax holidays.

Medtronic does plan, however, to arrange an excise tax holiday for its corporate executives and board members. To discourage inversions, Congress imposed a 15 percent excise tax on the options and restricted stock of inverting corporations’ officers and board members.  Medtronic says it will pony up about $60 million to pay off those tax bills.

Partly because of shell games like that, the excise tax has failed to deter corporations from shifting their tax responsibilities to working Americans.

Last week, between the Mylan and AbbVie announcements, U.S. Treasury Secretary Jacob J. Lew urged Congress to take new action to halt the desertions. Stopping inversions would raise $17 billion for the U.S. Treasury over a decade, according to the administration. That’s a $17 billion smaller national debt.

The administration proposes that before an American company could contend it had moved to a tax haven, the purchased company would have to get half of the new company’s stock, instead of 20 percent. U.S. Senators Carl Levin and Ron Wyden and U.S. Rep. Sander Levin, all Democrats, have proposed a two-year moratoriumon inversions retroactive to May 8.

U.S. Rep. Rosa DeLauro, a Connecticut Democrat, got anti-inversion legislation passed earlier this month with the help of libertarian-leaning Republicans. It’s limited to companies that move to the tax haven islands of Bermuda and the Caymans, but she’s working on expanding it.

It’s ingenious. It bars inverters from getting federal contracts. It should definitely be extended to include Medtronic, which was awarded $484 million in federal contracts over the past five years.

In the case of Walgreens, it should be broadened to bar Medicare and Medicaid recipients from filling prescriptions there if the pharmacy joins shiftless corporations with sham headquarters overseas.

And the likes of Walgreens, Medtronic, Mylan and AbbVie need to keep their mouths shut as Congress debates these penalties. It has been a crime since 1966 for foreign nationals to donate money to American political campaigns. These corporations lost their freedom to buy politicians when they renounced America for money.