Rights Only for the Right People 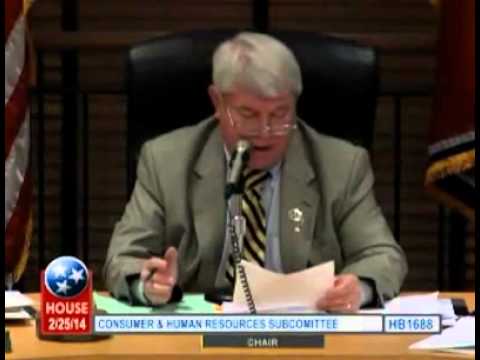 03 Mar Rights Only for the Right People

All those rights Americans cherish, those fundamental human and political freedoms protected by the U.S. Constitution, Republicans contend those aren’t really inalienable rights or anything solid or permanent like that.

See, according to the GOP, some Americans are sub-citizens who don’t deserve rights equal to those enjoyed by, well, the right-wing. Republicans think they’re right, and anyone who disagrees doesn’t deserve rights.

Republicans managed to highlight that perverse plank in their political platform over the past several weeks as they proposed – and sometimes actually passed – legislation limiting the fundamental rights of specific groups of American citizens. That includes gay Americans, African-Americans, and Americans who are members of labor unions. Right-wingers sought to seize from these Americans their rights to vote, protest and live free from discrimination.

Let’s start with A for Arizona, home of the “show me your papers,” law that requires Americans who look Hispanic, say the great grandchildren of people who legally immigrated from Mexico a century ago, to provide documents proving citizenship if police accuse them of jaywalking or speeding or some other minor crime. No one asks white looking Americans to authenticate their citizenship.

Last week in Arizona, right-wingers in the legislature tried to extend that kind of discrimination to gay people. Republicans passed a bill that permitted businesses to refuse to serve gay people if the shop owner contended his religious beliefs would be offended by selling a hair brush to a gay man or by completing a lesbian’s tax return.

Unlike Brewer, the Republican governor in Ohio, John Kasich, late last month signed legislation stripping rights from minorities. The law eliminates what Ohio called the “Golden Week” when citizens could register to vote and simultaneously cast an in-person absentee ballot. The intent of de-gilding Golden Week was to disenfranchise African Americans, who in 2008 accounted for 77 percent of early voters in Ohio.

Ohio also moved one of the state’s most heavily used early voting locations from downtown Cincinnati to a neighborhood that voting rights advocates say is significantly less accessible to low-income and disabled voters.

One Republican election official, Doug Priesse, explained why the right-wing is restricting voting: “I guess I really actually feel we shouldn’t contort the voting process to accommodate the urban – read African-American – voter-turnout machine.”

Other Republican-controlled states are curtailing early voting as well, including Georgia and Florida. Elizabeth Poythress, president of Georgia’s League of Women Voters said the Peach State’s proposed slashing of early balloting would “silence the voices of those least heard and rarely listened to in Georgia – the poor, the elderly, racial and ethnic minorities, the young and the disabled.”

Those Americans might think twice before exercising their right to protest the right-wing’s war on their rights. That’s because at least four states want to revoke the basic rights of assembly and protest for workers who happen to belong to unions.

This is not even Boston Tea Party stuff where protesters trespassed and destroyed property. This is walking in circles with signs at the front gate of an employer – including the entrances to corporations that lock out workers who are willing to labor under the terms of an expired collective bargaining agreement but whose offer to continue working was rebuffed by bosses.

Right wingers in Tennessee, Georgia, Mississippi and Michigan all put forward bills that would outlaw picketing at a private residence and demonstrations interfering with the entrance to a place of employment.

Federal law already prohibits protesters from blocking entrances. This would add “interfering.” And this would prevent union workers from demonstrating at the home of a CEO.

It might be a little annoying to a CEO if some workers marched in a circle with signs outside his mansion, but making protests personal is an American traditionas old as the Boston Tea Party, when the “Sons of Liberty” violently demonstrated at the homes of British colonial officials.

The right to protest was so important to the founding fathers that they protected it in the First Amendment to the U.S. Constitution.  But right-wing lawmakers in Tennessee, Georgia, Mississippi and Michigan want to take that right from members of labor unions.

Republican Jeremy Durham introduced the bill in Tennessee and explained that he felt he had to restrict the civil liberties of union members to prevent workers from organizing and collectively bargaining for better pay and benefits in his state. Here’s what he said: “Tennessee unions quietly added 31,000 members in 2013, representing the largest percentage increase in union membership in the country. I just feel like if that’s such a growing part of our economy that we need to take some preemptive measures.”

In Michigan, the proposal to take away union members’ right to picket was introduced by Republican Tom McMillin, who has, however, used his First Amendment right to protest at  abortion clinics.

Even the website of Right to Life Michigan stresses the freedom of citizens to protest, stating:  “The U.S. and Michigan constitutions protect the fundamental free speech right of citizens to peaceably speak, assemble, picket, and distribute leaflets in public places.”

But McMillin and his right-wing buddies in Tennessee, Georgia and Mississippi think that workers who join unions should lose those rights.

No rights for union members, gays, African Americans, the disabled or young or old or poor, says the right-wing.  No one’s rights are safe in their hands.