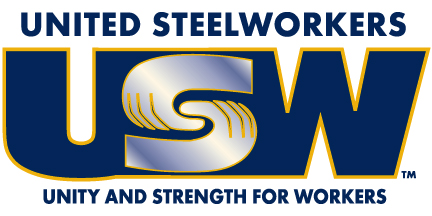 In America, when gangs of bullies torment school children, pushing them around and extorting their lunch money, parents know only one response effectively counters the abuse: confrontation. Running, whining, negotiating — none of that works.

For the past year, since Republicans took the majority in the U.S. House of Representatives, they’ve behaved like young thugs, extorting Democrats to get what they wanted. Employing the blackmail techniques of schoolyard gangs, House Republicans repeatedly threatened to hurt the American people and the American government if Democrats didn’t submit.

Then President Obama confronted them. In recent weeks, he finally internalized and implemented the advice of American parents on dealing with bullies. He stood his ground. He called the GOP bluff on the payroll tax. And they backed down. He recess appointed four officials, defying GOP attempts to thwart service to American workers and borrowers.

Apparently, it’s a new day in Washington, one in which Democrats, who control the presidency and the majority in the U.S. Senate, are fed up and not going to take GOP extortion anymore.

In December, House Republicans overplayed. Initially, they’d opposed President Obama’s proposed extension of the payroll tax break that puts about $1,000 a year back into the pockets of working Americans. Just before the holidays, they changed their minds and said they’d accept a one-year extension, if it were offset by cuts in the federal budget. A dispute ensured between Democrats and Republicans about what to cut. As time ran out before the scheduled holiday break, the Senate compromised and passed a two-month extension, with the remaining 10 months to be settled later. The approval was overwhelming, 89 to 10. The Senators went home.

That bi-partisan action in the Senate left House Republicans with the choice of approving a two-month extension of a tax break they claimed to support or rejecting it, which would increase payroll taxes for 160 million workers.

The Senate refused. Obama refused. They confronted the bullies.

And the bullies blinked. The House passed the two-month extension.

Before they left town, however, the House Republican majority refused to allow the Senate to recess for more than three days. The Constitution permits each chamber to deny the other the ability to adjourn for more than 72 hours. The result is charade sessions in which a lawmaker, every three days, smacks down a gavel, declares the chamber open for business, recites the Pledge of Allegiance, then strikes the gavel again to close and leaves.

No lawmaker actually works for the people during these “sessions.” But the political dance allows a chamber to claim it’s not recessed. And that’s supposed to stave off recess appointments by the President.

In this case, Republicans intended to block recess appointments to the National Labor Relations Board (NLRB) and the Consumer Financial Protection Bureau. By New Year’s, NLRB membership had dwindled to two, denying the organization the quorum that this group, whose function is to protect workers’ rights, must have to make decisions.

The Consumer Financial Protection Bureau, by law, could not fulfill all of its duties to protect borrowers from fraudulent lending practices until it had a director. Using blackmail again, Republicans said they would filibuster the appointment of any proposed director, no matter how qualified, until they got what they wanted – which was measures to weaken the Dodd-Frank Wall Street Reform and Consumer Protection Act, legislation designed to prevent another Wall Street collapse.

Republicans created what appeared to be a foolproof scam to cripple implementation of the law. The legislation wouldn’t be fully effective without a Consumer Financial Protection Bureau director and Republicans refused to approve a director unless Democrats agreed to dilute the law. In addition, the GOP would block recess appointments by never officially recessing.

Obama rebuffed this abuse. He called a legislative session that opens for three minutes every 72 hours while 99 Senators are vacationing what it is – recessed. And he made the appointments. He explained:

“When Congress refuses to act and, as a result, hurts our economy and puts people at risk, I have an obligation as President to do what I can without them. I have an obligation to act on behalf of the American people. I will not stand by while a minority in the Senate puts party ideology ahead of the people they were elected to serve. Not when so much is at stake. Not at this make-or-break moment for the middle class.”

Leo W. Gerard also is a member of the AFL-CIO Executive Committee and chairs the labor federation’s Public Policy Committee. President Barack Obama appointed him to the President’s Advisory Committee on Trade Policy and Negotiations. He serves as co-chairman of the BlueGreen Alliance and on the boards of Campaign for America’s Future and the Economic Policy Institute.  He is a member of the IMF and ICEM global labor federations and was instrumental in creating Workers Uniting, the first global union. Follow @USWBlogger