Holiday bells are silent in the homes of America’s struggling working poor, even with gasoline prices at their lowest levels in years.

These are people derided as moochers because their starvation wages force them to accept food stamps to feed their children.

On the other side of town, inside gated communities where guards demand photo ID even from Santa, CEOs’ Christmas plums are super-sugared with record-breaking corporate profits.

These are people somehow not derided as moochers, even though their million-dollar pay packages are propped up by tax breaks.

The parable of Charles Dickens’ “A Christmas Carol” springs to mind as Wall Street banks and law firms hand out six- and seven-figure year end bonuses while Walmart and fast food workers protest wages so low that their holiday meals are food pantry dregs. It is CEOs, not the working poor, who deserve public scorn for their dependence on government handouts. 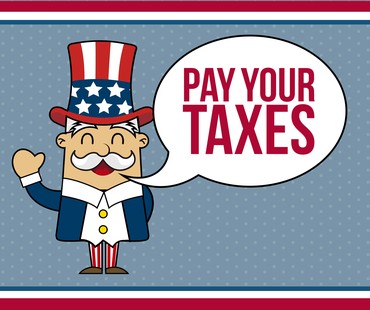 The Center for Effective Government and the Institute for Policy Studies issued a report last month that details the mooching of the nation’s top corporations and CEOs. It’s called “Fleecing Uncle Sam.”  The findings are pretty galling.

Of American’s 100 top-paid CEOs, 29 worked schemes that enabled them to collect more in compensation than their corporations paid in income taxes. The average pay for these 29: $32 million. For one year. And corporations mangle the tax code to deduct that too.

Though their corporations reported combined pre-tax profits of $24 billion, they wrangled $238 million in tax refunds out of the federal government. That’s refunds – the government gave money to highly profitable corporations.

That means middle class taxpayers helped cover the cost of million-dollar pay packages for CEOs.  Middle class taxpayers, whose median family income is $51,324and whose federal income taxes are withdrawn directly from their checks before they see a cent of pay, support CEOs who pull down $32 million a year.

That qualifies CEOs as first-class fleecers!

Some corporations haven’t developed schemes enabling them to tax the federal government. Instead, they pay, but not at that 35 percent rate they’re always whining about. Between 2008 and 2012, the average large corporation, according to Fleecing Uncle Sam, paid just 19.4 percent.

Individuals earning $50,000 a year pay 25 percent. Clearly, corporations are not paying a fair share at 19 percent.

There’s this wacky theory that if governments excuse corporations from paying their share, then they’ll expand and create jobs. It’s wacky because it’s fiction. Highly profitable corporations aren’t expanding and creating jobs; they’re buying back their own stock.

A study by University of Massachusetts professor William Lazonick, president of the Academic-Industry Research Network, showed that between 2003 and 2012, S&P 500 corporations used 54 percent of their earnings – $2.4 trillion – to buy their own stock.

This isn’t creating jobs. This isn’t investing in a corporation’s future. This is adding to CEO wealth. It works like this:  Stock buybacks push up stock prices. Forty-two percent of compensation for S&P 500 CEOs comes from stock options. Thus, asLazonick points out, stock increases equal CEO pay raises.

Corporations don’t expand just because untaxed profits are sitting around anyway. They expand to meet demand. And corporate practices have deflated demand.

Part of the problem is that CEOs and top executives are taking an increasing portion while doling out less to workers. As the New York Times reported in January, wages have fallen to a record low as a share of gross domestic product, dropping to 43.5 percent last year. It was 50 percent in 1975. The decline means less demand.

But there’s more. Just last week, the New York Times noted two other trends that contribute to weak demand. One is wage theft. The U.S. Department of Labor found that more than 300,000 workers in New York and California are victims of minimum wage violations each month, costing them between $20 million and $29 million each week. If corporations didn’t cheat them out of those earnings, their spending would generate greater demand.

The other trend is insecure income. Millions of Americans are unsure week to week how much money will be coming into their households. This occurs for many reasons, but among the most prominent is the refusal of employers to provide workers with steady weekly hours and practices like sending workers home when retail or restaurant traffic is light. A survey by the Federal Reserve suggests the problem of unreliable income may have worsened as Wall Street has strengthened. Families that can’t pay their bills reduce demand.

Instead of giving workers raises and steady hours, corporations have rewarded only those at the top. The Fleecing Uncle Sam study found that companies that paid their CEOs more than they paid in federal income taxes gave those CEOs fat raises. The average pay of these CEOs rose from $16.7 million in 2010 to $32 million in 2013.

They’ve got trillions for CEOs and stock buy-backs, but nothing for workers or the federal government.

This isn’t an accident. It’s not some invisible hand of the market. It’s CEOs freeloading.

No ghosts are going to show up to convert these Scrooges into humans. Instead, the first step in that process is recognizing that the moochers are the CEOs, not the hapless food stamp recipients who desperately want steady, full-time, decently-paid work. The second step is to demand that corporations pay their fair share of taxes and provide steady, full-time, decently-paid work.