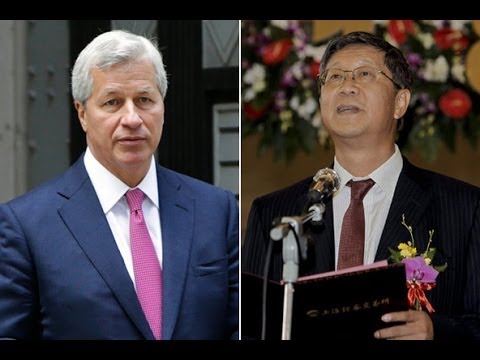 Posted at 12:20h in Uncategorized by web_admin2
0 Likes
Share

Just about everything Americans need to know about the surge of income inequality is contained in the 43-page indictment last week of former Virginia Gov. Bob McDonnell.

The Republican governor and his wife are accused of a sleazy exchange — taking pricey gifts like a silver Rolex watch and gold Oscar de la Renta dresses from a CEO for awarding special state treatment to his business which, by the way, peddles tobacco-laced dietary supplements.

These arrangements enrich some politicians and CEOs while impoverishing everyone else. The resulting rising income inequality is deliberate, not an accidental slip of some clumsy invisible hand of the market. More than 230 years ago, Americans rejected a system of governance in which a mass of peasants served a royal few. They chose self-governance for the benefit of the many. America’s 1 percent are short-circuiting that system with Rolex watches and unlimited campaign cash, ensuring the rich get richer and everyone else gets poorer. In other words, engineering income inequality.


So oppressive are income and opportunity inequality now that the likes of the president and the Pope speak of righting these wrongs.

In a statement read last week to the billionaires and world leaders who purchased 1,500 bottles of champagne and 1,350 chocolate-covered strawberries for their five day stay at the Swiss ski resort in Davos that hosted the 44th World Economic Forum, Pope Francis said, “I ask you to ensure that humanity is served by wealth and not ruled by it.”

President Obama has said income inequality is the “defining challenge of our time,” and during his State of the Union address this week, he will offer plans to reduce it.

Here’s what the president and the Pope are talking about: Over the past quarter century, a smaller number of Rolex-wearers managed to accrue a larger share of the world’s wealth.Now, the world’s 85 richest people have accumulated more wealth than 3.5 billion people – the world’s poorest half. That’s billion: 3.5 billion humans together have less than 85 individuals.

In the years after the Wall Street crash, between 2009 and 2012, America’s wealthiest 1 percent captured 95 percent of economic growth, while the bottom 90 percent got poorer.

Americans cherish the dream that hard work can change this. But upward mobility is mostly an illusion. Seven out of 10 Americans born into poverty will likely stay there.

In the three decades after World War II, Americans deliberately created the conditions that increased economic opportunity and decreased income inequality. Their methods included charging the rich very high income and inheritance tax rates, providing support for labor unions which enabled workers to successfully bargain for better wages, and nurturing a culture that would not tolerate paying a CEO more for one hour than earned in an entire year by the workers whose labor created the corporation’s profits.

In the past two and a half decades, by contrast, the wealthy deliberately created the conditions that increased income inequality and decreased economic opportunity. Tax rates on the rich so plummeted that quarter-billionaire Mitt Romney paid a lower rate than many middle class Americans. The federal government gives tax breaks to fabulously profitable corporations like GE and ExxonMobil and bailouts to reckless banks like JP Morgan Chase and Citigroup.

As the CEO of Star Scientific, the Virginia dietary supplement company, discovered: There’s not much that can’t be bought with $140,000 in loans and gifts to the right politicians.

For example, according to the indictment, at Gov. McDonnell’s request, the Virginia secretary of health asked policy advisers to meet with Star Scientific CEO Jonnie R. Williams Sr. Johnnie wanted the state’s public universities to study the health benefits of a Star Scientific tobacco-laced supplement. Jonnie, according to the indictment, said he’d discussed with the governor having the State Tobacco Commission pay for the studies.

Somehow, it doesn’t seem likely that the average Virginian or mom-and-pop business that couldn’t afford a $15,000 wedding gift for the governor’s daughter and a loaned Ferrari to the state’s first couple would be able to secure special treatment like taxpayer-covered scientific studies of tobacco-spiked dietary supplements.

That sort of special treatment, legislation or lack of regulation secured through gifts, campaign contributions, promises of jobs after lawmakers leave office, and other goodies is what Oxfam calls “political capture.” Using their wealth and influence, the rich capture the political process and exploit it to sustain and enhance their wealth. This has occurred at the expense of everyday Americans. It has contributed significantly to income inequality.

Oxfam, a non-profit that has fought poverty and injustice for 70 years in more than 90 countries, issued a report last week titled “Working for the Few” that describes how political capture causes income inequality and calls on the billionaires and world leaders who met in Davos to do something about it.

The report notes that while income inequality has increased worldwide, it has declined in some nations, particularly several in South America where wealth is more equitably shared, where progressive taxation was instituted, and where the governments provided universal access to healthcare and education.

Oxfam asked the World Economic Forum’s billionaires and global leaders to set a goal of ending extreme economic inequality in every country. Among the recommendations it offers for doing that is curbing the power of the rich to influence political processes in ways that benefit only the rich.

In other words, Oxfam is asking the rich to control themselves, to stop their fellow Jonnies of the world from buying politicians fancy watches and dresses to get what they want.

Oxfam and Pope Francis have the same goal, but if humanity is to be served by wealth and not ruled by it, then humanity cannot simply sit back and wait for wealthy Jonnies to voluntarily relinquish power.