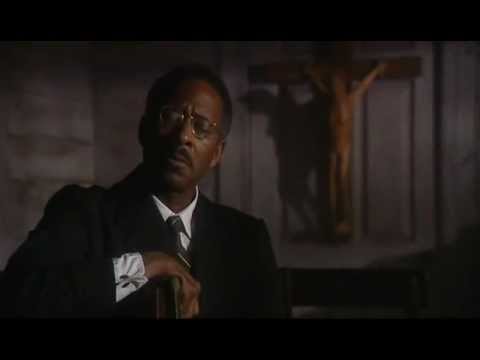 When Fred Redmond, the Steelworkers’ vice president for human affairs, was a child in Chicago, he and a dozen siblings and cousins spent summers picking cotton for their grandparents in Mississippi.

Fred says those summers taught him that sometimes people do not reap the value of their work. In Chicago, Fred’s family found a way workers may secure a fairer share of the profits generated from their labor.  That, of course, is collective bargaining. Union membership launched Fred’s family into the middle class, and Fred has devoted much of his life to helping ensure that access to others. 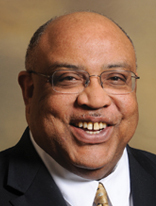 Fred’s parents met in Lexington, Miss., where his mother attended high school and his father briefly worked. In 1953, they married and moved to Chicago, where they first stayed with Fred’s uncle, Wilbur Redmond. Fred was born the following year, 1954. His father pumped gas, stocked shelves, swept floors. His mother caught three buses to get to Evanston to clean houses.

Still, they struggled. Fred recalls one time his brother asked for a quarter to give to United Way, which his schoolteacher had told him helped poor kids. Their mother explained to them that they were the poor kids, the kids who got their school vaccinations at a clinic where they had to wait all day, the kids whose parents both worked but whose survival still required food stamps.

Then, suddenly, Fred’s family experienced a revolution. His father got a union job at Reynolds Metals Co. This is what Fred told me about that: “I was 12 and for the first time went to a dentist, a doctor just for your teeth! We got a television. We went to a private doctor for the first time. My father started saving and bought a home. That changed my life. From my grandfather’s experience to my father’s experience, the union changed my life. I am a living example of what a labor union can do for a person’s life.”

Fred’s parents were raised in the Jim Crow South. Fred’s maternal grandfather, Charlie Paige, taught his children and grandchildren to be cautious. Paige, who in addition to sharecropping was a preacher at the Church of God in Christ, served as a role model of circumspection, even when treated with disrespect by white people.

Summers, Fred was told the cautionary tale of Emmett Till, a young teenager from Chicago who was murdered in Mississippi. It happened in 1955, the year after Fred was born. Someone in the town of Money, Miss., accused Emmett of whistling at a white woman. The Klu Klux Klan went to the house where Emmett was staying with a relative, grabbed the 14-year-old out of his bed, then tortured, beat and lynched him.

Those summers in Mississippi taught Fred to be reserved. But during the remainder of the year, he watched as the union gave his father and uncle the strength to be forthright. Here’s what Fred says, “My father got involved in the union and was outspoken and spoke to white people in a way that he never would growing up. The union allowed him to talk back and speak out to white people. He was able for the first time in his life to speak out against injustice. He got that through the labor movement.  He was able to tell a supervisor that he was wrong, that the supervisor had treated an employee badly.”

Four days after Fred graduated from high school in 1973, he went to work as a laborer at the aluminum mill. He got his college degree by attending part-time.

This was a period when black workers still were relegated to the most dirty, dangerous and grueling positions in industry. They were frozen out of transfers and promotions to what were considered white men’s jobs, even at union plants. But, as Fred says, “Even the worst union in the world is the best for black folks.”

He explains, “For the first time, you were in an environment where you could speak against the union and against the company.” In the union, black workers had the power of collective voice, and they used it to change the union itself.

Black workers had been protesting job discrimination and disparate treatment by the union for decades. They formed organizations called Ad Hoc Committees for Black Steelworkers. They even picketed USW events, including the USW national convention in Chicago in 1968.

Wilbur and Curtis Redmond were active in that effort. Fred was just a teenager when his father and uncle assigned him to hand out fliers at a USW district conference demanding that the Steelworkers hire black workers for staff positions. Some USW members balled them up and threw them at Fred.

A year after Fred started at Reynolds, the USW and nine steel companies signed a consent decree with the federal government to resolve more than 400 discrimination cases filed by black Steelworkers and ad hoc committees. The intent of the decree was to enable black workers to transfer out of lower-paid, dead-end jobs to better-paid positions that had been effectively reserved for white workers.

Two years after that, the USW created a new position on its executive board, vice president for human affairs, and appointed a black staff member who worked as an organizer in Memphis to fill the slot. That was Leon Lynch.

At that time, Fred was working his way up through the ranks of the union, beginning at the Reynolds local. He recalls being passed up for overtime one day and complaining to the grievance man. When the griever did nothing to help him, Fred went to his Uncle Wilbur, the chairman of the committee. Wilbur Redmond told Fred that he agreed with the griever, and if Fred didn’t like it, he should start attending local union meetings and run against the guy.

First, Fred ran for shop steward. Later, he challenged the griever for election and beat him. Ultimately, he became president of Local 3911, which was the largest USW local in the Chicago area. He followed in the footsteps of Rayfield Mooty, who had served as president of the local when Emmett Till was murdered in 1955. Mooty, who would become an activist with the ad hoc committees, was a cousin to Emmett’s mother, Mamie Till-Mobley, and traveled across the country with her as she sought justice for her son. Mooty persuaded the USW to write the U.S. attorney demanding action to stop lynchings.

Fred served on the USW staff in Chicago and Pittsburgh. Later, he was an assistant to a USW district director. After Leon Lynch retired, Fred ran in 2006 to replace him and won.

Fred says he knows his grandparents could never protest against the sharecroppers who owned the land on which they lived. If they complained, even when being cheated on pay, the owner could throw them out.

Because of the injustice he saw inflicted on his grandparents, Fred Redmond has sought to ensure through collective bargaining that workers receive fair compensation for their labor and that every worker gain entrance to the middle class.