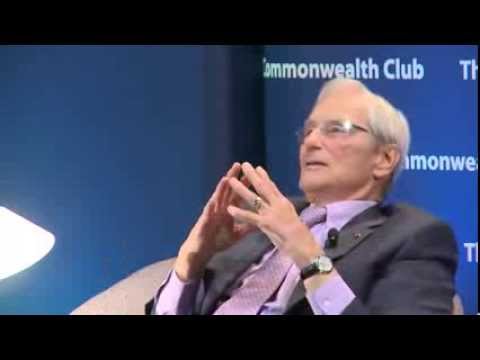 Right-wing billionaires threw a hissy fit in recent weeks.  The 99 percent are persecuting them, the wealthy ones whined. That whole Occupy Wall Street thing hurt their feelings, conservative 1 percenters pouted.

The right-wing rich didn’t threaten to take their Shimansky diamond soccer ballsand stomp home in their Bruno Maglis. Instead, they want real retribution. They want to steal Americans’ birthright, their most valuable possession – their democracy.

Silicon Valley vulture capitalist Tom Perkins explained the billionaires’ plan.  First, Perkins contended in a letter to the Wall Street Journal that progressives and the 99 percent are persecuting America’s wealthiest in the same way the Nazis murdered, raped and plundered the German Jewish minority during Kristallnacht.Then Perkins revealed his scheme to change the world, to crush the uppity 99 percent once and for all and make America what he would call a decent place for billionaires. It’s simple. No more of that pesky one human, one vote. Perkins believes billionaires should get a vote for every dollar they pay in taxes. People too poor to pay federal income taxes would get no vote. None. Sales and real estate and dozens of other taxes that everyone pays don’t count in Perkins Land.

Perkins’ one-dollar-one-vote plutocracy solves so many problems for the rich! The way democracy works now, the rich spend tens of millions on front groups that try to persuade the 99 percent to support legislation to aid the 1 percent – like tax breaks for ungodly profitable oil corporations and laws that prohibit voting by people without driver’s licenses (that’s poor people). Often these front groups fail – a fact that’s extremely frustrating to the rich.  Poor, poor rich people!

Instead of all that annoyance, Perkins’ plutocracy plan would enable the rich to make all of the rules. They would, after all, own virtually all of the votes.

The legislative shopping list of the Perkins plutocrats is not exactly the people’s plan. The plutocrats would cut Social Security, as billionaire Pete Peterson’s various front groups have tried to do for years. Similarly, they’d end pensions for public employees, as Texas billionaire John D. Arnold is seeking. They’d destroy Medicare, Medicaid and the Affordable Care Act because, let’s face it, the Perkins kingpins aren’t going to help pay for health care for the elderly or poor working people.  Forget about it.

Perkins made his priorities pretty clear in a televised interview with Fortune Magazine Senior Editor Adam Lashinsky. The government should not be providing food stamps to 47 million people, he asserted. Perkins would end government food aid to these humans he considers laggards – like the elderly and disabled people and children who reside in 76 percent of households that get food stamps.

Let those lazy arthritis-crippled seniors and whiny five-year-olds get jobs! Perkins notes in the interview that he earned money as a child – laboring as a paper boy, babysitter and grocery bagger – work that Perkins falsely and bizarrely claimed is outlawed now because of child labor and minimum-wage laws.

The Wall Street Journal and conservative lap dog Kevin D. Williamson rushed to support Perkins. Williamson, a plutocrat wannabe, says in a National Review article that the rich should get political power in proportion to their federal income tax payments.

The rich are better than everyone else, according to Williamson, Perkins and wealthy bankers who hang out exclusively with other 1 percenters and snicker about the suffering that the Wall Street crash caused the 99 percent. “I don’t think people have any idea what the 1 percent is actually contributing to America,” Perkins told Lashinsky. He mentioned a $100 million gift by a billionaire to a New York hospital.

Right. Like Andrew Carnegie built libraries in an attempt to buy his way into heaven after his pathetic wages pauperized his mill workers and after he had them killed by Pinkertons when they tried to unionize to secure better pay, which, by the way, would have enabled them to build their own libraries.

Right. Like all rich people are the smartest and hardest working. That would include 1 percenter Jamie Dimon who persuaded the JP Morgan Chase board to give him a 74 percent pay raise after the bank was fined more than $20 billion for improprieties. That would include former Merrill Lynch CEO John Thain who gave himself and other executives $4 billion in bonuses days before his failing firm was taken over by Bank of America, which then grabbed billions in federal bailout money. That would include the incompetents who ran AIG and Lehman Brothers and Bear Stearns, who took down the nation’s economy while pulling down billions in salary and bonuses.

Presumably millionaire scoundrels like Enron’s Jeff Skilling and Tyco’s Dennis Kozlowski could place their votes from prison as long as they continued paying taxes because, of course, in the Perkins plutocracy, it’s the width of one’s wallet that counts, not the content of one’s character.

And in the United Plutocrats of Perkins, the children and grandchildren of billionaires, the nation’s Paris Hiltons and PC Petersons, would wield millions of times the political power of Jack Andraka, the determined Maryland teen-ager who developed an inexpensive test for pancreatic cancer, or Tawanda Jones, who used her savings to start a dance team to teach Camden girls self-discipline.

He doesn’t understand that once people experience democracy, they’re not going to let money buy votes.