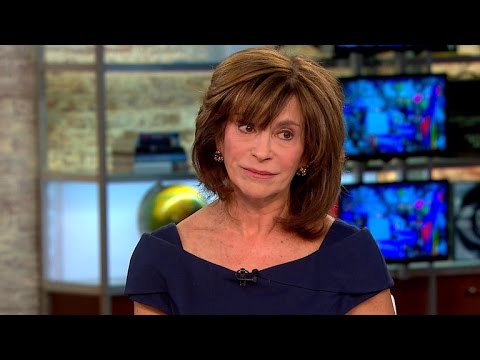 After Indiana Republicans passed a license to discriminate law, a restaurant calledMemories Pizza in the Hoosier town of Walkerton stepped up last week to make sure potential customers knew its religious rules: “No Shirt, No Shoes, No Certification of Heterosexuality, No Service.”

Indiana GOP Gov. Mike Pence provided official sanction for such acts of oppression when he signed a gay-bashing version of the Religious Freedom Restoration Act. It enabled individuals and businesses to legally claim their faith required hateful acts of intolerance. Pence got all huffy when human rights groups accused him of seeking to change the state’s slogan from Hoosier Hospitality to Hoosier Hostility.

Marriage-equality-hating Indiana Republicans were joined by counterparts in Arkansas, North Carolina and Georgia in advancing government-sanctioned discrimination. This is not the way Americans treat each other. Well, not in 2015 anyway. America traveled down the path of intolerance for too many centuries. Now, Americans look back at all-white lunch counters with shame. Despite anxiety about ISIS, they disapprove of blaming terrorism on all Muslims. Americans aren’t perfect inclusive egalitarians. But they’re trying. On a deeply spiritual level, they hate institutionalization of minority hate. 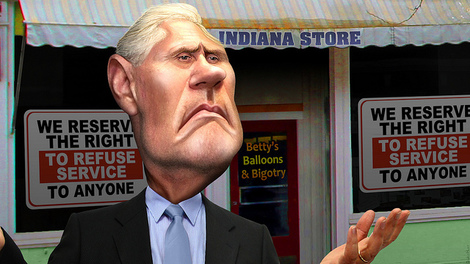 And that’s what was going on in Indiana, Arkansas, North Carolina and Georgia. Bans on marriage equality have failed. So these states tried to crash those ceremonies by denying the couples wedding flowers and cakes, then cloaking that vicious discrimination in a sheepskin of religiosity.

The federal Religious Freedom Restoration Act, passed in 1993, was intended to protect religious practices from unnecessary government intrusion. For example, itprevented a Louisiana school district from requiring that a Rastafari student cut his hair because a tenet of his religion is that men should grow long dreadlocks.

The new-fangled versions of this law pushed and passed by Republicans this year, however, added clauses to provide individuals and businesses that unlawfully discriminate with protection from lawsuits alleging unlawful discrimination. These laws would, for example, enable a pizza shop owner to assert that his religion requires him to deny service to long-haired Rastafarians or to same-sex couples holding hands while waiting in line.

Gov. Pence and the Republicans in the Arkansas, North Carolina and Georgia legislatures ignored these protests. And virtually every Republican seeking the party’s presidential nomination – Jeb Bush, Ted Cruz, Bobby Jindal, Ben Carson and Rick Santorum – voiced support for the governors and their license to discriminate laws.

The Republican governors backpedaled only when they heard the giant sucking sound of business and convention dollars draining from their states. Similarly, former Arizona Gov. Jan Brewer, also a Republican, rejected a license to discriminate law last year only after the National Football League and corporations threatened negative consequences she’d not anticipated.

Companies including Apple, Angie’s List, NASCAR, Gap Inc., Levi Strauss & Co., Eli Lilly, Marriott, Subaru and Salesforce condemned Indiana’s anti-gay law or threatened to cancel expansion planned for Indiana. The NCAA, headquartered in Indianapolis, expressed concern about government-sanctioned Hoosier Hostility to players, coaches and fans. In the countdown to the Final Four games in Indianapolis,basketball coaches, professional athletes and former Olympians censured Indiana, threatened to boycott the state and demanded repeal of the law. Cities and states from Connecticut to Washington that protect the rights of LGBT Americans forbid taxpayer-funded to travel to Indiana. Celebrities, bands and comedians canceled visits and concerts.

In Arkansas, Walmart, based in Bentonville, told Gov. Asa Hutchinson the anti-gay bill “does not reflect the values we uphold.” After the state’s largest employers urged a veto, Hutchinson reversed his earlier promise to sign and sought removal of the discriminatory language. Pence, who’d arranged for three anti-gay activists – Micah Clark, Eric Miller, and Curt Smith –  to stand behind him as he signed Indiana’s bill, supported amendments to prevent the likes of Memories Pizza from demanding certification of heterosexuality before service.

This sudden change of heart – and the revisions to the Indiana and Arkansas legislation – created some awkward moments for the Republican presidential candidates who’d already supported the anti-gay laws. Bush flip-flopped just like the governors did. One day he was for discrimination, the next he wasn’t.

Apparently recognition of LGBT rights by the majority of Americans – and American businesses – occurred much too quickly for Republicans.

Admittedly, the labor movement hasn’t always honored equal rights as quickly as it should have. But AFSCME was among those that pulled a convention out of Indiana in protest of the anti-gay law, and the labor movement has made a concerted effort in recent years to establish true solidarity among all its diverse members.

My own union has failed at times to meet standards to which it aspires. But last summer, at the USW convention, the membership voted to make it an offense under the union constitution to harass a member on the basis of sexual orientation or gender identity. The USW will not tolerate any form of discrimination against anyone in its ranks for any reason. It has no place in our union.

Like the USW, the United States is a union. It is a collection of diverse states and diverse people. Standing together, they are stronger.

Republicans who supported codifying intolerance need to experience a conversion. Such hostility has no place in the land of Hoosiers. It should find no home in the land of the free.