The GOP debate last week featured more immigrant bashing with the party’s front-runner, Donald Trump, reasserting his plan to construct a wall – this one a religious barrier preventing Muslims from getting into the country.

Since Nixon, this hate mongering has been GOP strategy to secure the vote of white workers. It’s a scam to get workers to fight among themselves. Republicans persuade white workers that blacks are taking their jobs through affirmative action. The GOP tells black workers that undocumented immigrants are taking their jobs. And now, the GOP warns, everyone should be afraid, be very, very afraid of Muslims. 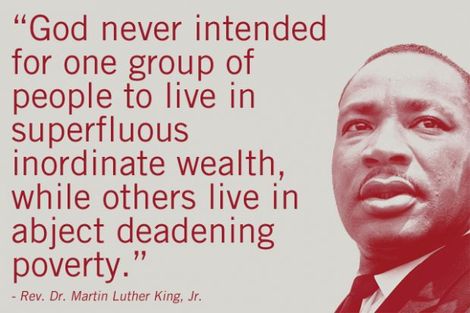 Meanwhile, back in Washington, D.C., the 1 percent took everybody’s everything. They got every rule change and tax break and special deal that they sought to further enrich themselves. Their incomes skyrocketed. That didn’t happen for white workers or black workers or women workers or any kind of workers. Workers haven’t had a raise in 30 years. No wonder they’re looking for someone to blame. But fellow workers aren’t at fault.

Last year, the AFL-CIO established the Labor Commission on Racial and Economic Justice to foster discussion among all workers about how the politics of hatred has enriched the wealthy and deprived the rest. I co-chair the commission with Marc Perrone, president of the United Food and Commercial Workers International Union.

We’ve conducted forums in cities across the country and will continue those this year. Last week, we issued a report called Race and Economic Jeopardy for All by Ian Haney Lopez, a Berkeley law professor and director of the Racial Politics Project at Berkeley’s Haas Institute for a Fair and Inclusive Society. The report explains exactly how politicians’ deliberate use of racism has hurt workers ­– black, Latino, women, gay and white – while, simultaneously, advancing the agenda of the 1 percent.

Over the past several days in Washington, D.C., the AFL-CIO has brought together more than a thousand workers, including a delegation of hundreds from my union, the United Steelworkers, to discuss these issues at a convention that will end on Martin Luther King Day. This and the earlier meetings have been communions of workers of all ages, genders, religions and colors, enabling us to hear each other’s experiences, anxieties, fears and solutions.

The weird thing about hate is that it diminishes both the hater and the hated. The racial and religious hatred purveyed by the GOP didn’t improve the pay of white workers. They suffered wage stagnation just like everybody else. That’s because separated, workers are weak. Unions have always known that. To secure power, workers must stand together.

And workers’ common interests – better wages and better lives for themselves and their families – are much more significant than differences in skin tone or place of worship or gender.

Granted, the white worker and the black worker look different. But both want to go to work every day for decent wages. Both want to buy a home and have some kids and send them to good schools. Black and white hope to retire with dignity. Neither received a raise, considering inflation, in 30 years. Together they’ve suffered factory closures and jobs shipped overseas. There are no white pension plans or black pension plans. All pension plans are being gutted.

Dr. Martin Luther King Jr. saw this connection long ago. In 1961, as he tried to bridge the labor and civil rights movements, he said, “Our needs are identical with labor’s needs: decent wages, fair working conditions, livable housing, old age security, health and welfare measures, conditions in which families can grow, have education for their children and respect in the community.”

Dr. King died while in Memphis to support striking sanitation workers. It was 1968. I was 14.

My life had changed completely because of what Dr. King was advocating that day in Memphis – collective bargaining. A couple of years before Dr. King’s assassination, my dad had gotten a union job at Reynolds Metal Co. near where we lived in Chicago.

All of a sudden, he was making enough money that we could afford a television. He saved and bought our family a home. He had health insurance and we went to a private doctor for the first time in our lives. My dad was the son of a Mississippi sharecropper who could barely scrape by, but now he worked in a mill where white and black union men called each other brother and where he earned enough to give his family a piece of the American dream.

That is what all workers want.

We aren’t going to achieve that dream for ourselves or our families or our communities or our country if we allow ourselves to be riven by ridiculous hatreds. It’s self-defeating.

We should listen to each other, employed and unemployed, union and non-union. All of us lucky enough to still have family-sustaining jobs should listen to those who don’t. We should, for example, hear the voices of those who work for minimum wage at places like Walmart and McDonald’s.

Walmart, owned by the Walton family, one of the richest in the world, won’t give many of their employees full-time hours and won’t provide health benefits they can afford without full-time hours.

So the workers are forced to depend on food stamps to feed their families and Medicaid for health insurance for their children. The GOP urges workers to see that as some sort of failing by Walmart employees. Republicans want to distract workers with hate for food stamp recipients while the Walton family benefits from all those government subsidies.

My grandfather worked hard every day of his life. Like Walmart workers, he never had much to show for it. It wasn’t because there was something wrong with him. It was because there is something wrong with the system, something exploited by the rich and powerful for their own benefit. But if workers reject hate and stand together, we can fix the system so that it works for the vast majority, for the workers.