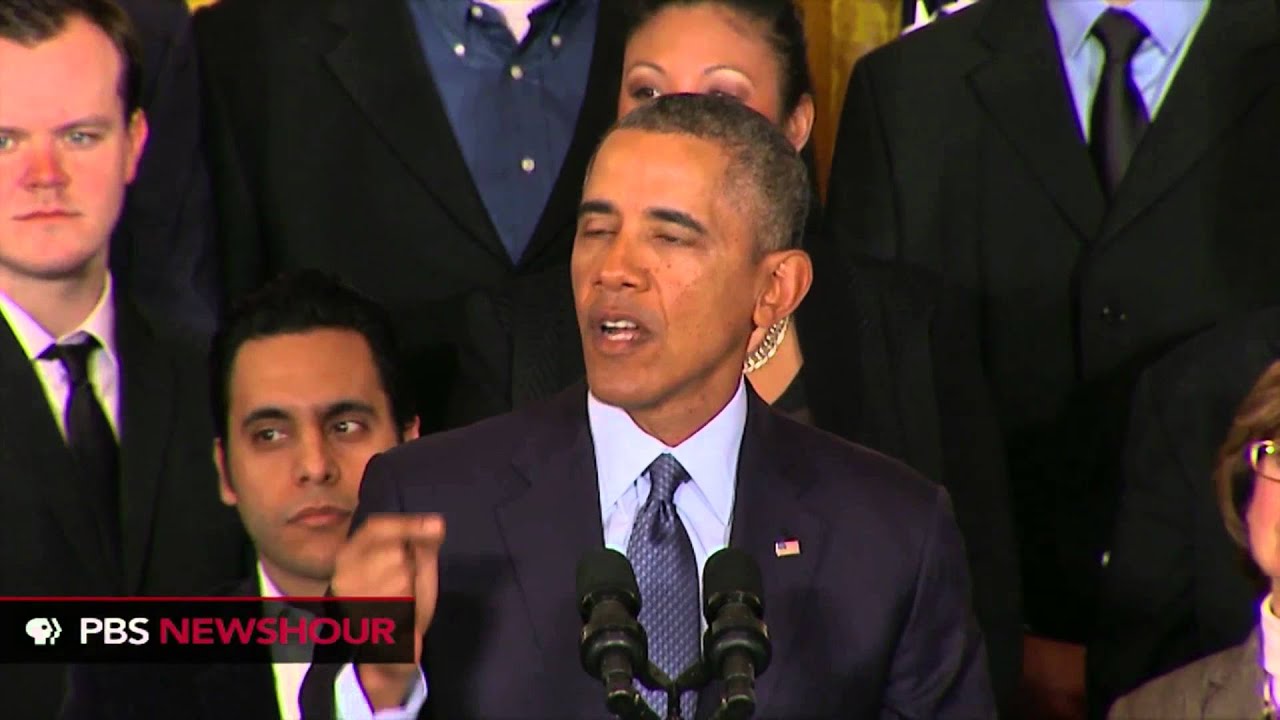 Republicans despise America’s poor and jobless. The GOP made that perfectly clear by repeatedly denouncing them and cutting food stamps and unemployment benefits. But last week, Republicans revealed that they also hate hard-working Americans!

Unlike the GOP, the vast majority of Americans believe extra effort should be rewarded.  They cherish the idea that their country is one where those who work hard can get ahead. In recent years, however, the actual experience of far too many Americans is that doesn’t happen. They work 50, 60, even 70 hours a week and don’t get paid extra for it. These are not high-roller managers or executives or professionals who don’t expect time and a half for overtime. These are hourly wage earners. President Obama signed an executive order last week to require employers to pay more workers overtime, to stop corporations from devaluing both hard work and an important American principal.

Overtime pay has a long tradition in the United States. President Franklin Delano Roosevelt called for Congress to create a federal standard for overtime pay during the Great Depression. He proposed it along with other then-radical ideas like requiring a minimum wage and prohibiting child labor. These were contained in legislation called the Fair Labor Standards Act.

He sent it to Congress 77 years ago with the admonition:  “A self-supporting and self-respecting democracy can plead no justification for the existence of child labor, no economic reason for chiseling workers’ wages or stretching workers’ hours.” Just like now, Republicans opposed it.

Before overtime, President Roosevelt had to create a standard work week. He chose 40 hours – five eight-hour days – which labor unions and worker activists had been seeking for more than a century. They contended that each laborer who worked 8 hours also deserved 8 hours for rest and 8 hours for family and community.

Under President Roosevelt’s plan, workers who labored more than 40 hours in a week would receive one and a half times their hourly wage for each extra hour. Extra work would be rewarded. Another benefit would be increased employment. The overtime pay requirement encouraged employers to save money by hiring more workers, who would be less costly at straight-time wages.

The law passed in 1938 with Republicans still sputtering and protesting. Presidents updated it over the decades, most recently George W. Bush. As might be expected from a Republican, his changes denied overtime pay to as many as 8 million workers. Bush did that by enabling corporations to easily classify more workers as managers and professionals exempt from the extra pay requirements.

Now, 10 years later, low-paid, clearly non-managerial workers are suffering. A fry cook who spends 10 percent of her time instructing new hires may be classified as a supervisor and denied overtime pay for the 15 extra hours the restaurant requires her to put in every week. A computer repairman with a two-year tech school degree could be classified as a professional and earn less than minimum wage when his salary is divided by the 60 hours a week he’s routinely required to work.

Also, employers can refuse to pay overtime to workers who earn as little as $455 a week, a salary far below historical levels for overtime exemption. That figure – $23,660 a year – is the federal poverty level for a family of four, hardly the comfortable professional or managerial salary that traditionally justified denial of overtime pay.

“Americans don’t expect a free lunch,” President Obama said when he signed the order last week telling the Labor Department to write new rules to ensure that those who deserve overtime pay get it. He added: “If you’re working hard, [and] you’re barely making ends meet, you should be paid overtime.” That is what Americans believe.

Wages, however, stagnated in that 33 year period, rising just 5 percent. Workers are more productive. Their labor is creating record profits. But they’re not benefitting. President Obama believes their hard work should be rewarded. Fixing problems with overtime pay will help. It’s part of his “Opportunity for All” program.

When President Obama announced the plan to protect workers from overtime exploitation, Nancy Minor, vice president of United Steelworkers Local Union 10-1 in Philadelphia, was there. As she stood with a group of workers behind the president, he told them her story. He said that since Ms. Minor’s divorce 16 years ago, she has been able to raise and support four children because she received overtime pay from the oil refinery where she works.

“For more than 75 years, the 40-hour work week and the overtime that comes with it have helped countless workers like Nancy get ahead,” the President said, “And it means that when she’s asked to make significant sacrifices on behalf of her company – which she’s happy to do – they’re also looking out for her, recognizing that that puts a strain on her family and  – having to get a babysitter and all kinds of things, adjustments that she has to make.  It’s just fair.  It’s just the right thing to do.”

Ms. Minor, who has worked for the Sunoco refinery, now Philadelphia Energy Solutions, for 22 years, went to Washington to attend the event because she believes all Americans deserve good jobs with overtime pay. “I want to make sure every worker has the same opportunity,” she said.

Americans believe overtime pay is fair pay. Steelworkers like Ms. Minor receive it because their collective bargaining agreements require it. But untold millions of American workers don’t have that kind of protection. President Obama believes they should.