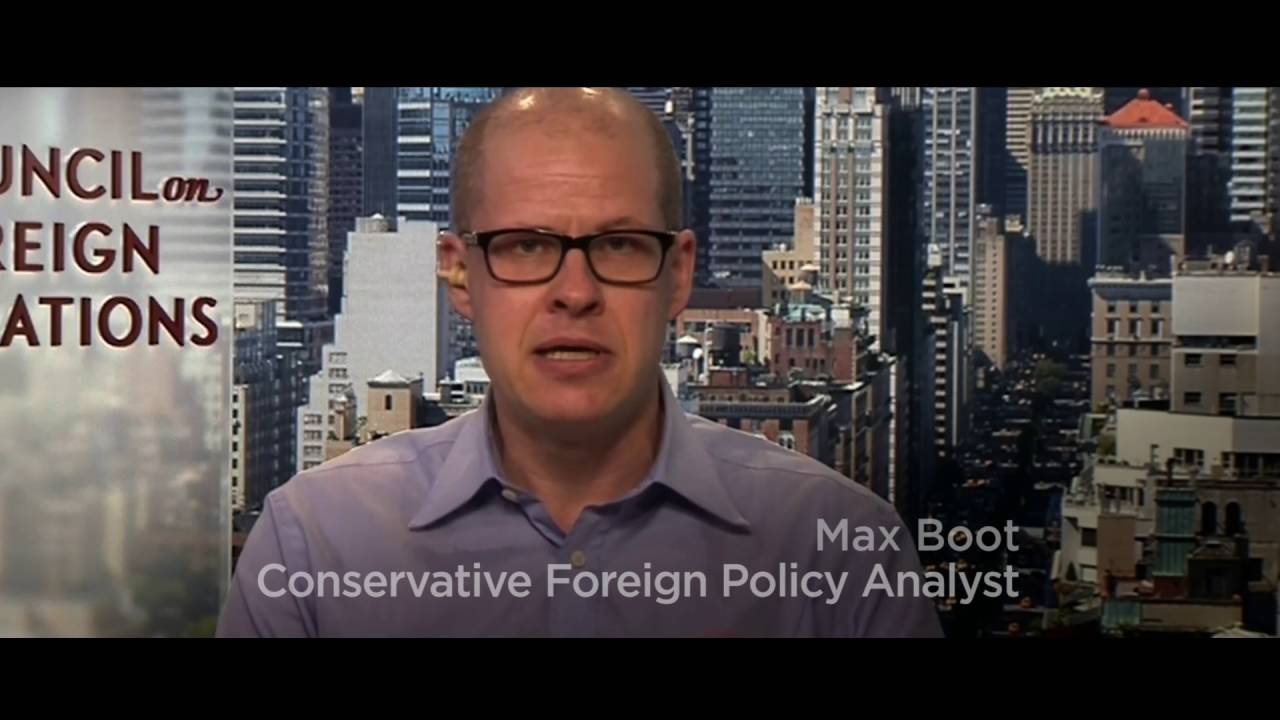 Donald Trump has perfected the swagger and boast of a professional wrestler.

While a guy like World Wrestling Entertainment CEO Vince McMahon is full of fake bluster and brashness for the sake of TV ratings, Donald Trump is the real McCoy: A reckless bully.

That violent, provocative behavior makes Trump far too dangerous to get anywhere near nuclear codes. For Americans who want peace and security, not war, this man is too risky to inhabit the White House.

That’s what 50 former national security officials whose careers span more than four decades said in a letter last week. They are Republicans. They include a former director of the CIA, the first director of national intelligence, and two former secretaries of homeland security. They warned that Trump would be treacherous as president. 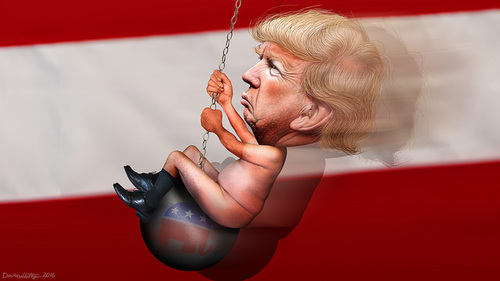 And that was before Trump suggested in a speech last week that “Second Amendment” supporters assassinate Hillary Clinton if she’s elected so she can’t nominate judges to the Supreme Court.

Trump contended later that he didn’t mean to suggest that gun nuts kill Clinton. But what he said could clearly be interpreted that way. It was irresponsible. And typical of Trump.

First, Trump glibly repeated the false accusation that Hillary Clinton wants to abolish the Second Amendment, something presidents can’t do, even if they wanted to. Then Trump said this:“If she gets to pick her judges, nothing you can do, folks. Although the Second Amendment people, maybe there is, I don’t know.”

In the context, which is a President Clinton naming judges, Clinton supporters interpreted this as Trump calling on anti-government militia groups, like the one that took over the wildlife refuge in Oregon earlier this year, to assassinate a President Clinton to prevent her from selecting judges.

Trump says anyone who thinks a threat was intended is just being a silly goose. So silly. No threat intended. He asserts that he was just urging Second Amendment supporters to vote against Clinton, even though, obviously, they couldn’t vote against a President Clinton who was already in a position to appoint judges.

The thing about crazy talk in perilous times is that it can provoke war. A president can say something intemperate or unintelligible to a foreign leader the likes of Kim Jong-un, with nuclear weapons at his irrational fingertips, with devastating consequences for the entire world. A president can refuse to apologize for something rashly uttered and terrorist groups may impose horrible retribution on innocents.

“His embrace of the expansive use of torture is inexcusable.”

“His admiration for foreign dictators such as Vladimir Putin is unacceptable for the leader of the world’s greatest democracy.”

“He is fundamentally dishonest.”

The language in the new letter about Trump is even more damning. It includes:

“We are convinced that in the Oval Office, he would be the most reckless president in American history.”

“Mr. Trump lacks the temperament to be president. In our experience, a president must be willing to listen to his advisers and department heads; must encourage consideration of conflicting views; and must acknowledge errors and learn from them. A president must be disciplined, control emotions, and must act only after reflection and careful deliberation. A president must maintain cordial relationships with leaders of countries of different backgrounds and must have their respect and trust.”

“He continues to display an alarming ignorance of basic facts of contemporary international politics.”

Trump pushed some of these national security experts over the edge when he invited Russia to hack into Hillary Clinton’s email server. For others, it was Trump’s abandonment of America’s commitment to NATO. And for still others it was Trump’s assertion that Russian President Vladimir Putin would not “go into Ukraine”although, obviously, he did that two years ago when he seized Crimea.

Republican U.S. Sen. Susan Collins of Maine expressed her fears about Trump last week as well, writing in an op-ed in the Washington Post:

“I am also deeply concerned that Mr. Trump’s lack of self-restraint and his barrage of ill-informed comments would make an already perilous world even more so. It is reckless for a presidential candidate to publicly raise doubts about honoring treaty commitments with our allies. Mr. Trump’s tendency to lash out when challenged further escalates the possibility of disputes spinning dangerously out of control.”

Trump’s barrages of ill-informed comments include threats of violence when people make statements that he finds upsetting. For example, here’s what he told a crowd of cheering supporters during the Democratic National Convention:

“The things that were said about me. . .You know what, I wanted to hit a couple of those speakers so hard, I would have hit them – no, no – I was gonna hit them. I was all set. . . I was gonna hit this guy so hard, his head would spin. He wouldn’t know what the hell happened.”

He’s a candidate for the president of the United States, and he talks like a professional wrestler.

Just like wrestling fans mimic calls for violence from the stars, at Trump rallies, the Trumpeters have taken up his tone. Chants of“hang the bitch” and “kill the bitch” are routine. “Kill her, kill her” is an increasingly common refrain.

Such stuff is shouted flippantly by audiences in professional wrestling arenas. The audiences there know everything is fake. They understood when Trump knocked McMahon to the ground in WrestleMania 23, it was staged. They realize when they call for blood they’re getting ketchup.

There, it’s a game. But the Oval Office is not a wrestling ring. On the world stage, words matter.  America needs a diplomat in the White House, not a professional wrestler. Too many lives are at stake.