Bargaining Power to the People 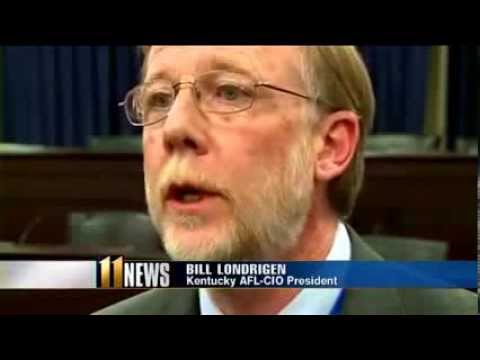 22 Dec Bargaining Power to the People

Earlier this month, in the sparsely populated Kentucky county that’s home to Bowling Green, officials voted to convert the place into a right-to-work (for less) sinkhole.

The county officials did it at the bidding of big corporations. They certainly didn’t do it for their Warren County constituents because employees in right-to-work (for less)states get smaller paychecks than those in states that support the right to unionize. They did it at the demand of the American Legislative Exchange Council (ALEC) and the Heritage Foundation, both of which are corporate owned and operated.

They did it despite the fact that there’s no evidence they have any legal authority to create an anti-union bastion on the county level, which means they’ve subjected the residents of Warren County to substantial costs for a legal battle that Warren is likely to lose.

Moving right-to-work (for less) from the state to the county level is the latest tactic in the relentless campaign by CEOs and corporations to reverse gains made by workers in the 1930s New Deal. With laws like the Fair Labor Standards Act (FLSA) andNational Labor Relations Act (NLRA), President Franklin D. Roosevelt and a Democratic Congress slightly moved toward workers the lopsided balance of power that heavily favors corporations. Over the next several decades, the middle class thrived and income inequality decreased substantially. Now, however, income inequality is back up to the point where it was in the robber baron days because CEOs and corporations have stuck their fat thumbs back on the scale. 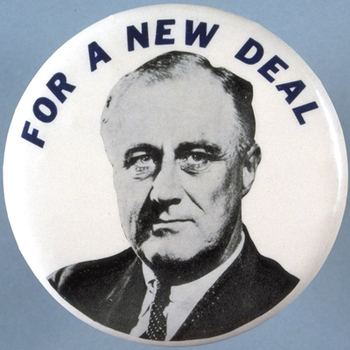 The FLSA created the 40-hour work week by mandating time-and-a-half pay beginning at the 41st hour worked. Before the law, managers could force employees to labor 50, 60 even 70 hours a week at no extra pay. During the Great Depression, bosses could fire those who dared complain and easily replace them. Corporations had all the power. FLSA gave a little of that muscle to workers by enabling them to demand extra pay for extra work. As a bonus, FLSA encouraged businesses to hire rather than pay overtime, which increased employment.

The NLRA provided workers with a pathway to unionize. It established standards for employees to form a union at a workplace and for employers to recognize that union as the collective bargaining agent for the workers. Before the NLRA, Pinkertons,police and national guardsmen all too frequently killed striking workers. After the NLRA, unions multiplied, and collective bargaining achieved better wages, benefits and pensions for workers.

But from the day these laws passed, corporations and lackey groups like ALEC and the Heritage Foundation fought to reverse them. They wanted all power and wealth to remain with the one percent.

They invented right-to-work (for less) laws to do that. When a majority of workers at a factory vote to be represented by a union, federal law requires the union to work for all of them, to negotiate agreements that cover all of them, to file grievances for any worker wronged by management. That costs money. And that’s what union dues pay for.

What right-to-work (for less) laws say is that workers who receive these benefits don’t have to pay for them. Federal law requires unions to continue representing workers who are freeloaders. Unions may even have to pay to hire lawyers to represent freeloaders in grievances. That handicaps the union and strengthens the corporation.

And it’s a big part of the reason that employees in right-to-work (for less) states earn less. They lack bargaining power.

In the case of Kentucky, ALEC, the Heritage Foundation and other anti-worker groups resorted to seeking anti-worker legislation from counties when they failed in November to secure a Republican majority in the House of Representatives to provide it on the state level. They’re pushing this new scheme even though federal law gives right-to-work (for less)  legislative authority to states and territories, but not to counties.

The anti-worker groups formed a new organization to help persuade counties to pass the laws. It’s called Protect My Check. Its purpose is to defend the compensation of CEOs. Right-to-work (for less) legislation means fewer dollars in workers’ paychecks and more in CEOs’, so clearly the role Protect My Check is to pad CEO pay.

Similarly, CEOs are grabbing for themselves the overtime pay that workers once received. Workers are laboring more and more hours, and fewer and fewer of them are getting paid overtime. That’s because the level at which federal law requires overtime pay hasn’t kept pace with inflation. It’s $23,660 a year. An employer who claims fry cooks are supervisors and sets salaries at one dollar more ­– $23,661 – doesn’t have to pay time and a half for 10, 20, even 30 hours worked above 40.

In 1975, Republican Gerald Ford raised the threshold significantly to account for inflation, making 65 percent of salaried workers eligible for overtime pay. Now, only12 percent qualify. Studies by the Economic Policy Institute have shown that if the threshold had kept pace with inflation since then, it would be $50,440 a year – more than twice the current level.

In the meantime, corporate demands for overtime work have increased. A Gallup poll of workers in August found 60 percent laboring more than 45 hours a week. Sixteen percent said they worked more than 60 hours.

Last spring, President Obama proposed raising the wage under which corporations would have to pay overtime. Immediately, anti-worker groups protested. Daniel Mitchell, a senior fellow with the Cato Institute, said, for example, “If they push through something to make a certain class of workers more expensive, something will happen to adjust.” He suggested that would be pay cuts or layoffs.

A certain class of workers has grown extraordinarily more expensive. That is CEOs. The pay for the top 1 percent rose 31.4 percent in the three years from 2009 to 2012, according to research by Emmanuel Saez, a professor at the University of California at Berkeley. Income for the bottom 99 percent of workers was stagnant, rising only 0.4 percent.

Cato’s Mitchell is right. A certain class of workers is more expensive, and the thing that happened is that 99 percent of workers are suffering for it.

President Obama is trying to rebalance this gross inequality by raising the overtime threshold. But to more permanently tip the scales closer toward equality for workers, he should take measures to support workers’ right to form unions and collectively bargain for a fair share of the profits derived from the sweat of their brows.