As Un-American As You Can Get | Radio Talk Show Host Leslie Marshall
9262
post-template-default,single,single-post,postid-9262,single-format-standard,bridge-core-2.0.5,ajax_fade,page_not_loaded,,qode_grid_1300,qode-child-theme-ver-1.0.0,qode-theme-ver-19.2.1,qode-theme-bridge,disabled_footer_bottom,wpb-js-composer js-comp-ver-6.0.5,vc_responsive,elementor-default,elementor-kit-9284

As Un-American As You Can Get

21 Aug As Un-American As You Can Get

Joel Buchanan’s stomach turned when he watched poll workers deny ballots to Latinx voters ostensibly because the names and addresses on their driver’s licenses didn’t match those on election records.

And his blood boiled when election officials closed polling stations in poor neighborhoods, deliberately disenfranchising citizens unable to travel to other communities to cast their ballots.

“It’s ugly, and as un-American as you can get,” the retired Steelworker and Navy veteran said of the voter suppression he’s observed as a campaign activist and poll watcher in various states.

Although dismayed by the duplicity he witnessed during two decades of political activism, Buchanan never expected to see an American president openly try to steal an election by disenfranchising millions of voters.

But that’s what’s happening. Donald Trump’s repeated attempts to tear down the U.S. Postal Service and cast doubt on the legitimacy of mail-in ballots are nothing but a desperate attempt to undermine American democracy.

“We’re talking about an assault on our rights and our form of government,” noted Buchanan, a longtime member of United Steelworkers (USW) Local 2102, who first got involved in politics because local elected officials failed to support union members during a 1997 steel mill strike in his hometown of Pueblo, Colo.

“When a president tries to manipulate the post office to benefit himself in an election, what’s going to happen if he wins that election?” Buchanan asked. “What’s the next step? These are scary times.”

That would disenfranchise millions of Americans who want to vote by mail this year because they fear contracting COVID-19 at the polls.

Amid a ferocious public backlash and threats of lawsuits from more than 20 states, DeJoy this week agreed to suspend the changes.

But the danger of Trump suppressing votes during a crucial election remains very real.

There’s no guarantee that DeJoy will return postal operations to normal levels, as he promised to do, and the Trump toady and big Republican donor continues to hobble the mail in other ways.

Although he has no experience at the postal service, DeJoy fired or reassigned nearly two dozen seasoned executives who intimately understood the agency and knew how to ensure it operated at peak levels during the election season.

Attacking the postal service directly isn’t Trump’s only front in his war against mail-in ballots. His campaign already sued Pennsylvania and all 67 of its counties, for example, to keep voters from depositing mail ballots in convenient drop boxes.

Trump repeatedly claims without so much as a shred of evidence that a surge in mail-in votes will lead to widespread fraud favoring his opponent, Joe Biden.

“It’s all just crap,” Buchanan said, noting Colorado has one of the most voter-friendly, equitable voting systems in the nation—thanks to the mail.

Colorado is one of the few states that not only mails ballots to all voters but encourages residents to return them the same way. 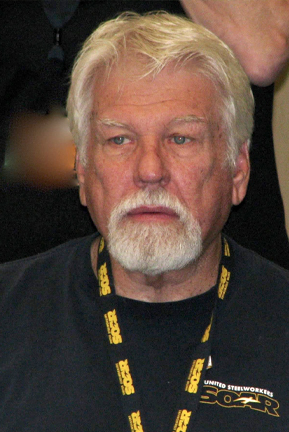 If they prefer, citizens can still cast their ballots at polling places or deposit them in secure boxes, similar to the ones in Pennsylvania that Trump wants to eliminate. But many Colorado residents simply drop them in the mail.

“Most people, Republicans and Democrats, like the system we have here,” said Buchanan, vice president of Chapter 38-3 of the Steelworkers Organization of Active Retirees (SOAR) and District 12 representative to the group’s executive board. Members of both parties win elections in Colorado, he added, clearly demonstrating that the system works for Republicans and Democrats alike.

If the system is tilted toward anyone, it’s the voters.

Universal mail-in balloting provides equal convenience to all citizens, no matter where they live or how busy their Election Day schedules.

Mail-in balloting prevents election officials from questioning voters’ legitimacy and disenfranchising them on the spot, as Buchanan observed four years ago at a polling place where one of the elections officials had the audacity to display a Trump hat right on his desk.

And people voting in the privacy of their homes face no intimidation from overzealous campaign workers thronging the doors at polling places or activists who stage noisy rallies nearby.

“When somebody’s 75 years old and drives up and sees that happening, they just turn around and leave,” Buchanan said.

Because of the convenience of mail-in voting, Colorado has one of the nation’s highest turnout rates.

Although Trump claims mail-in ballots invite fraud, the opposite is true.

In Colorado, candidates may appoint watchers to observe election officials as they check voters’ signatures on ballot envelopes against signatures already on file. If signatures appear not to match, the unopened ballot receives further review.

Foreign governments cannot hack mail-in ballots, as they did some electronic voting systems four years ago, and the post office has its own police force, the Postal Inspection Service, to guard against mail fraud.

Last spring, one of Colorado’s county elections officials invited presidential candidates to visit his office to see how mail-in ballots are counted and learn about the safeguards ensuring the integrity of the delivery and tabulation systems.

Trump never took him up on his offer.

Instead of working to improve election security, an issue he claims is a top concern, Trump continues to assail the legitimacy of mail-in ballots and use the president’s bully pulpit to undermine public confidence in the election system.

And instead of encouraging higher turnout to ensure as many Americans as possible have their voices heard at a pivotal time in the nation’s history, Trump refuses to say even whether he’ll accept the outcome of the Nov. 3 vote.

Buchanan worries that Trump’s attacks on the system will lead to yet another form of suppression—Americans refusing to cast ballots because they lose faith in the election process or fear their votes will go uncounted.

He just hopes enough voters understand that the real threat to democracy comes not from fraudulent voting but a president pulling every conceivable trick to suppress votes and usurp the people’s will.

“That’s exactly what this is all about,” he said. “I just never thought I’d see this kind of situation in this country.”